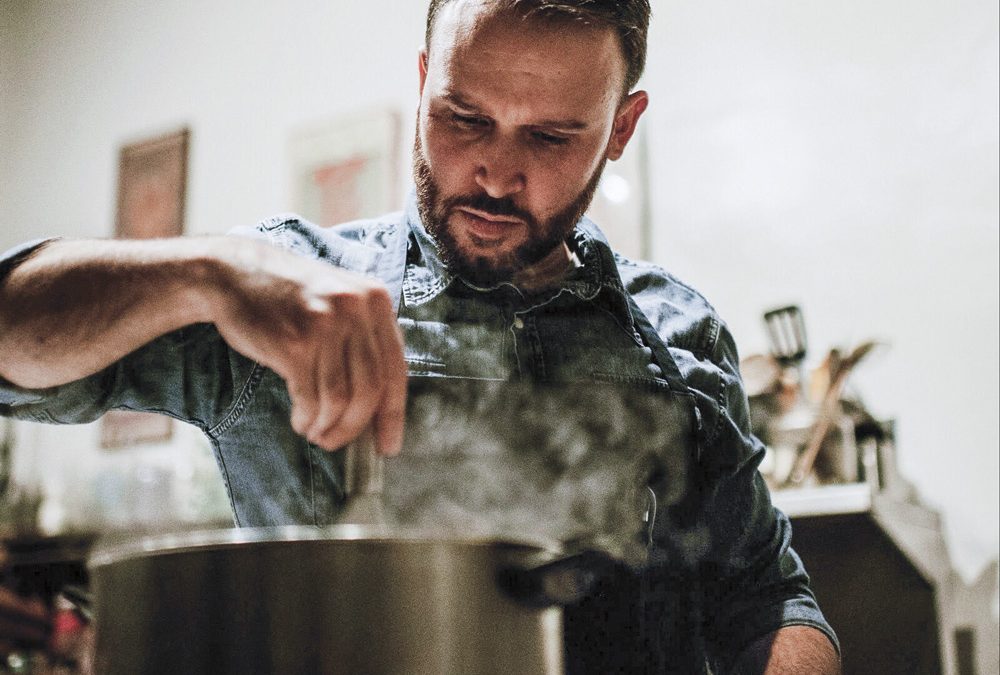 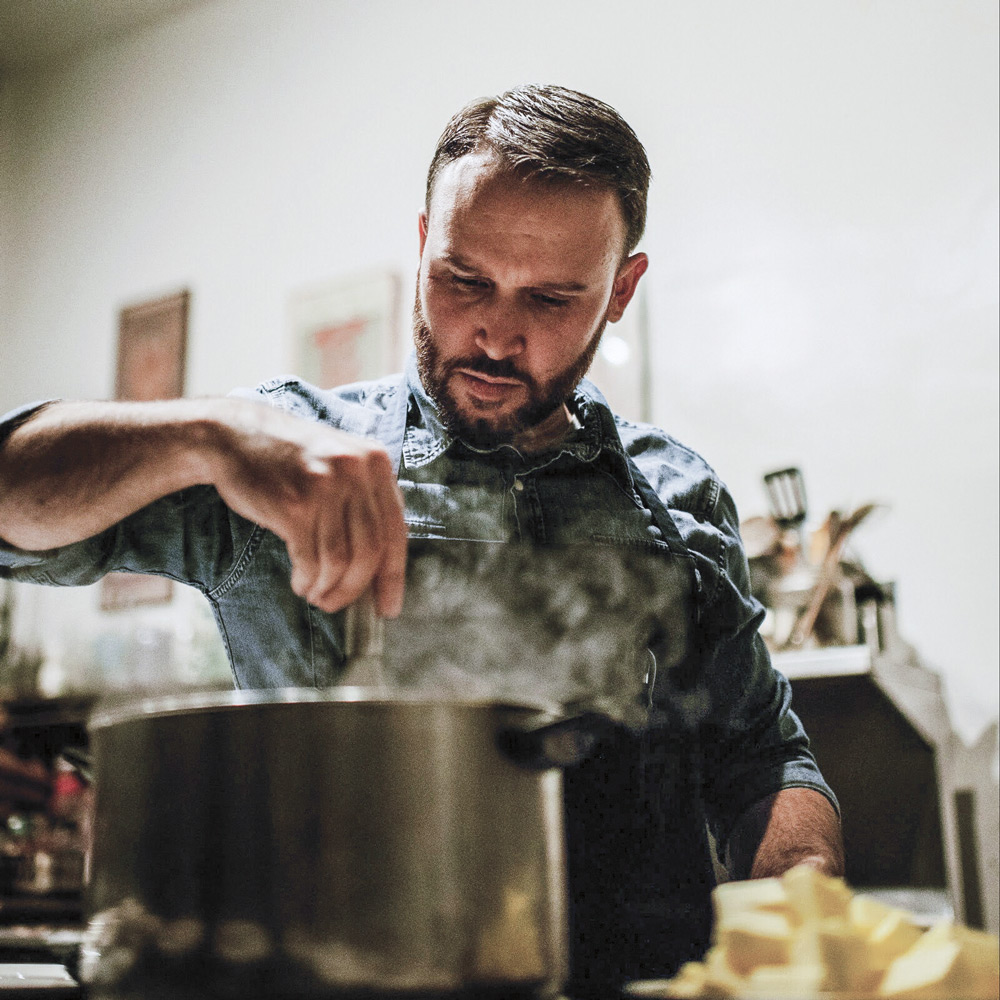 Emotionally and financially, it’s a career that can chew you up and spit you out. All too often, the reward is poor health or even physical meltdown.

“You always have to de-stress after a service,” says Boston chef David Yusefzadeh, founder of cannabis ice cream company Cloud Creamery. “It’s not normal for people to have that much adrenaline in their blood for that many hours. It’s not healthy. When you get off a shift at 11 p.m. and you were just sweating for the past nine hours, you want a drink. You want to smoke a joint. You want to calm down. You want to relax.”

Eight years ago, Yusefzadeh was clocking back-to-back 80-hour weeks at the Mandarin Oriental Hotel in Hong Kong when he started experiencing severe stomach pains. “You’d be drinking a glass of water and it feels like someone walked by and punched you in the stomach,” he says. “I went from 174 pounds to 140 in a little over a year.”

After he transferred to Boston in 2011, he was given a diagnosis: Crohn’s disease, expedited by his relentless schedule. A succession of medications and elimination diets followed, impermanent attempts to relieve the agonizing symptoms of an inflammatory autoimmune disease that could strike suddenly and at the worst possible times.

“There are very few diseases that are more ironic for a chef to have than Crohn’s,” he says. “It was literally and figuratively a pain in the ass. You need to be healthy. You need to be clean. You’re touching people’s food.”

Yusefzadeh ended up on an immunosuppressive drug that helped with his symptoms but mimicked the effects of chemotherapy—nausea and exhaustion. “I was 32 years old,” he recalls. “I’m pretty healthy overall. I lift weights, exercise. I do yoga. I’m now sitting in a hospital with an IV in my hand for three hours, thinking how did I get here? What’s next if this doesn’t work?”

Cannabis came next. Relatives who studied natural medicine convinced him weed was the answer. The results were immediate when he smoked. “I take a hit and five to 10 minutes later I’m breathing deeper. My heart rate is lower. I’m more relaxed. My anxiety is down. I’m getting to a place of comfort.”

But the poor quality of retail edibles—chocolates, brownies and other sweets—left him “feeling gross” and wanting “real food.” He began making edibles with quality ingredients, putting to work the skills he’d developed in professional kitchens. He infused olive oil for savory applications and made cookies and brownies, for sure—but also ice cream.

Yusefzadeh’s adrenaline is now at normal levels, and his disease is under control. A year ago, he stopped taking pharmaceuticals and left restaurant shift work behind as the CEO of  Cloud Creamery, the first East Coast company licensed to sell cannabis-infused ice cream at dispensaries. 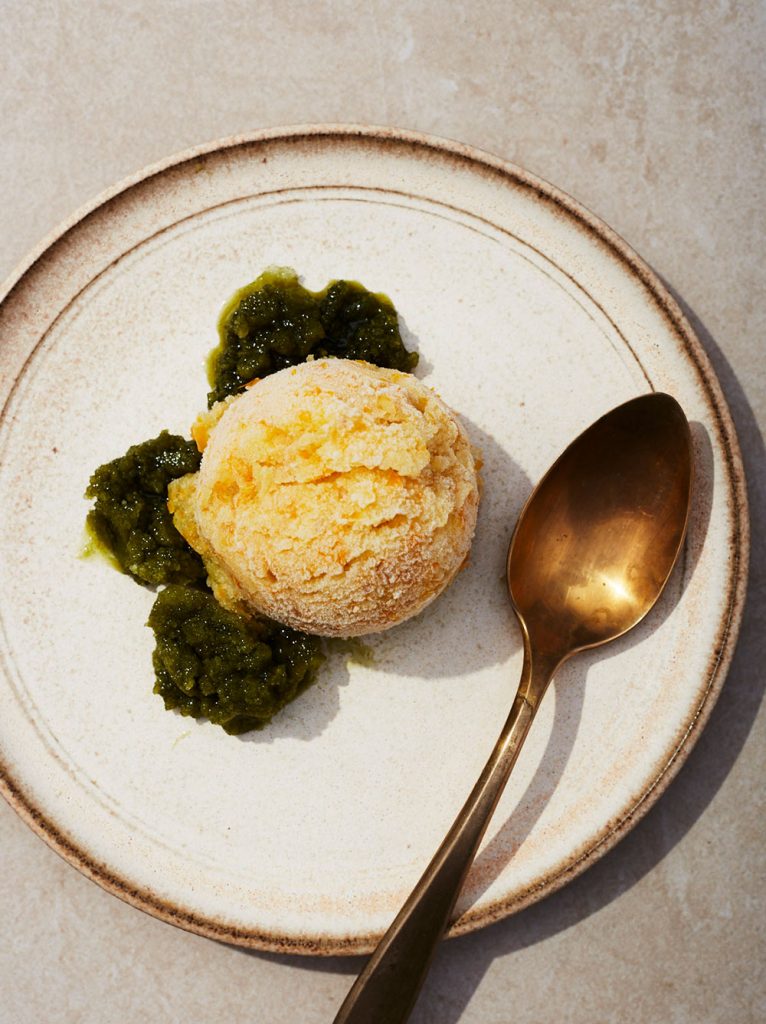 “We’ve all had brownies but nobody took it a step further,” he says. “It just clicked that there was an opportunity here.” THC and CBD are fat-soluble, meaning edibles need to contain fats, such as oil and butter, for cannabinoids to be effective. “What other edible vehicle has that much fat in it other than chewing on a chunk of butter?” says Yusefzadeh, who has a master’s degree in gastronomy from Boston University, and has cooked for everyone from Dustin Hoffman to Tiger Woods to George W. Bush to 2 Chainz. “You get 4 calories of energy per gram of carbohydrate. You get four calories per gram of protein. And you get 9 calories of energy per gram of fat.”

Cloud Creamery uses milk from pastured cows, organic cane sugar, and other premium ingredients such as local honey from Follow the Honey and barrel-aged Vermont maple syrup from Cask Force. Ice cream isn’t junk food, particularly when it’s made with nutritious ingredients, he says. “You can last longer in the dessert on grass-fed milk than you can on water.”

The chef’s and the company’s Instagram feeds are parades of mind-blowing frozen possibilities that, rather than mask the taste of cannabis, complement the terpenes of particular strains: Sour dub-infused blueberry, sage, and ginger sorbet; salted banana caramel with Quantum Kush; and Creamsicle CBD ice cream with fromage blanc and fresh orange zest are some of the flavors that make appearances at his fine-dining cannabis dinner series Eat Sacrilicious.

But you don’t need to head to Massachusetts for infused ice cream. All you need is an ice cream machine and quality healthy ingredients—including cannabis.