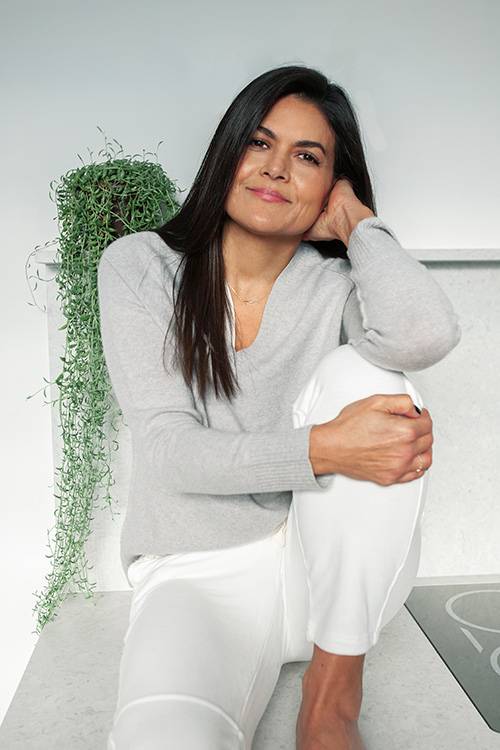 Joline Rivera has been breaking barriers since childhood. She defied the odds of her background, becoming financially independent by 18, becoming the first person in her Mexican-American family to earn a BA in graphic design and a master’s degree in advertising design, both while working full-time.

She cut her teeth as a designer at one of the world’s largest publishing houses before realizing true fulfillment would only come by feeding her entrepreneurial spirit. So Joline left the comfort of corporate life to become one of the most sought-after independent creative directors and trend-spotters in the food industry, creating content and publications for Meredith Publishing, Food Network, KOHLS, USFoods, and more.

Successful trendspotters recognize change before mass-adoption or even industry-awareness. Joline noticed America’s shifting stance on cannabis during the early stages of legalization, but was convinced that most were looking for alternatives to smoking. She then changed the trajectory of the male-dominated, fast-growing $10 billion cannabis industry in 2017 as the only minority woman to launch a media brand, beginning with the launch of Kitchen Toke, a visually driven print and digital property reporting on culinary cannabis for health and wellness. Dominating that space, Rivera became the go-to for creating and curating culinary cannabis events in the lodging, retail, and music arena; she created the first infused dinner for NY, Fashion designer, Prabal Gurung and Bloomingdale’s, Hoxton Hotel, and Lyrical Lemonade, a three daylong hip-hop festival on Chicago’s southside.

As the definitive source for culinary cannabis, Kitchen Toke afforded Joline the opportunity to review many infused food brands. Her trend alarm bell went off when she discovered an infusion method unlike anything on the market – instead of the standard methods that rely upon lab-created infusions, Red Belly Honey allows the bees to infuse naturally, standing alone as the only product of its kind.

Paving new ground, Rivera’s work grabbed the attention of the mainstream. She was tapped by Food & Wine magazine to develop culinary cannabis content for their print and an online audience of 7 million readers and was called a “culinary cannabis visionary” by their Editor-In-Chief, Hunter Lewis. Food & Wine says “Red Belly Honey stands out in the wild, wild west of CBD as a product that actually deserves your attention.” Joline is also scheduled to curate the first infused dinner auction item at Chicago’s Francis W. Parker, one of the most prestigious private schools in the country.