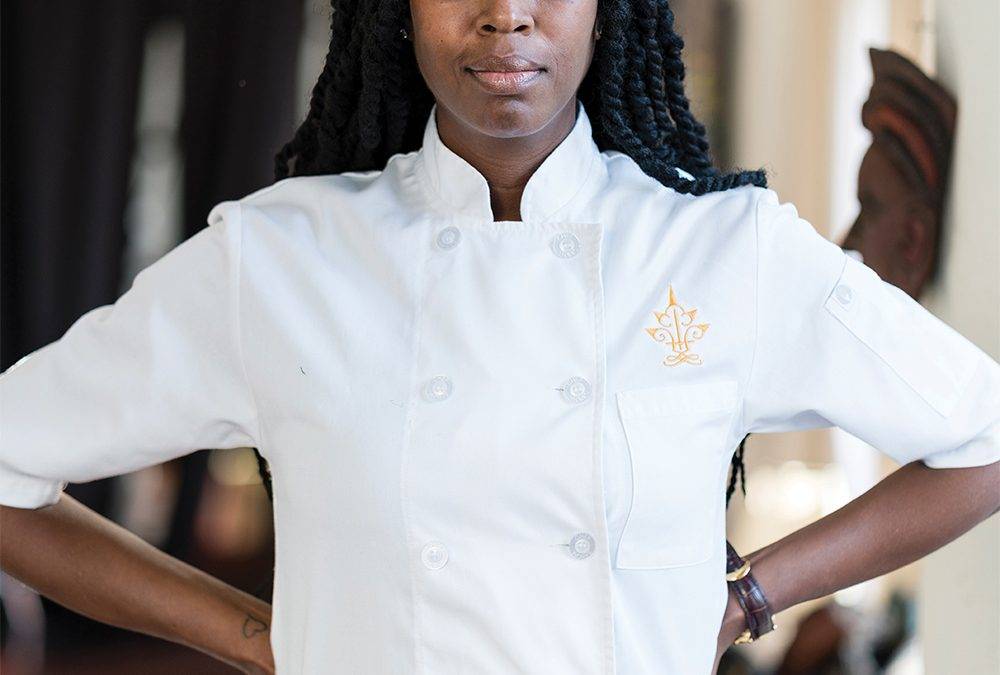 Here’s a snapshot of Andrea Drummer, who competed on the Netflix series, “Cooking on High” after she appeared in Kitchen Toke’s inaugural 2017 issue.

Andrea Drummer knows she’s blurring distinctions with her cannabis-infused cocktail, a drink she calls “What the Fig” based on figs, Gold Bar whiskey and sativa-strong hybrid Blue Dream accented with a hint of dried cherries and a dash of chili pepper.

“In my experience, cannabis and alcohol each create a very distinct feeling, ” she says, referring to the taboo of mixing the two. “It’s really, really good,” she says. “I’m onto something.”

The chef’s private cannabis dining experience has led to new opportunities. She’s close to securing funding for a bed-and-breakfast venture from two investors.

“I’d love to be the Ritz-Carlton of cannabis cuisine,” says Drummer, a former chef of the Executive Lounge at the Los Angeles Ritz-Carlton.

Drummer is also looking forward to the publication of her second cookbook, which follows the recently published “Cannabis Cuisine: Bud Pairings of a Born Again Chef.”

“There’s a lot of my personal story in there, going from a just-say-no drug counselor to being an advocate for cannabis.”

Get Drummer’s recipe, Elevated Bolognese Sauce, for a taste of her talent. 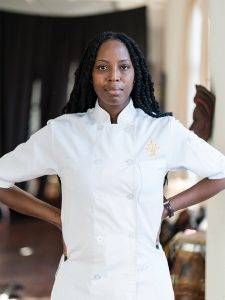 – Cut her teeth in the kitchens of renowned chefs Neal Fraser and Thomas Keller.

– Marries cannabis flavors with other seasonings, herbs and spices. Typically uses sativa or sativa-rich hybrids rich in CBDs, but may end an evening with an indica-infused coffee or cocktail.