Cannabis Cooking Class Can Be a Life-changing Challenge 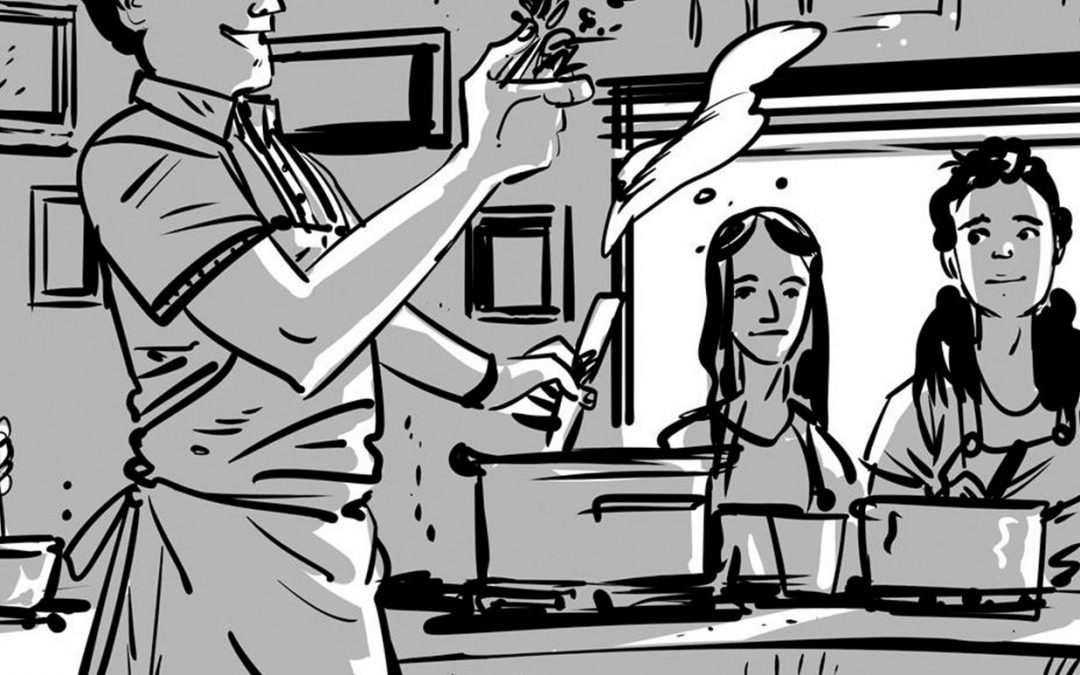 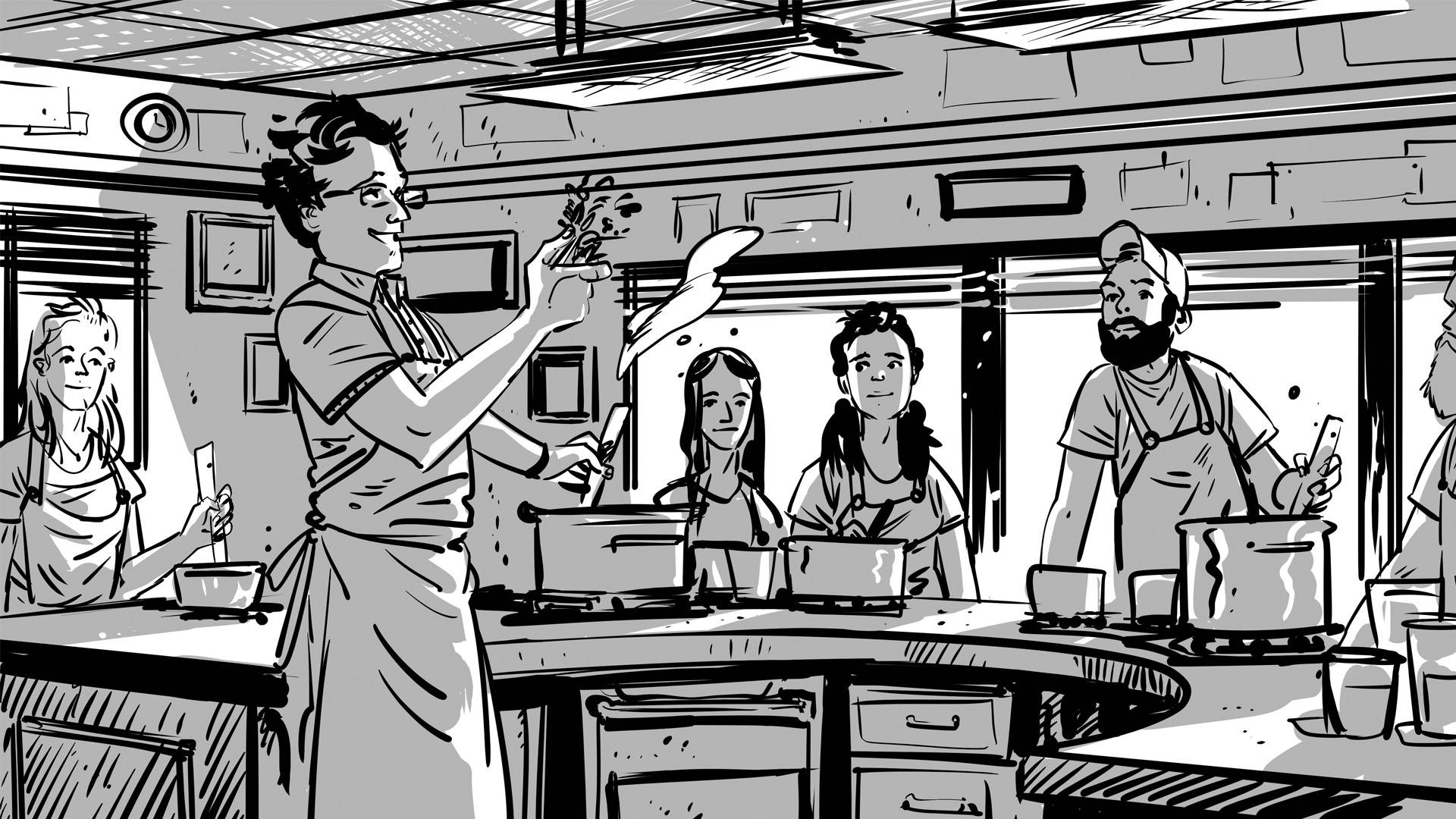 A is for effort

Finding a class on cooking with cannabis can be a challenge, but also life-changing

Kristina’s first brush with cannabis in the kitchen is typical. She overdid it.

During a trip to California in 2016, she discovered cannabis as a remedy for her sleeplessness and other symptoms caused by post-traumatic stress disorder. When she returned home and tried to make zucchini bread infused with cannabis, she says the dosage was just way too high.

“Anybody who tried it, they were wasted. And I said no, I don’t want it to be like that,” says Kristina, who requested to keep her last name private because she lives in a state that has not decriminalized cannabis.

Kristina is among the growing number of people who want more ways to benefit from cannabis other than smoking it. Cookbooks on cannabis offer the fundamentals, but they can’t answer questions on the fly. Information online is plentiful, but is it reliable?

Kristina says the course was transformative. “Everything I learned about cooking with cannabis,
I learned from Cheri,” she says.

Sicard, a food writer based in California, started using cannabis to treat chronic nausea and depression in the late 1990s. As she began making her own edibles, she was soon frustrated by the lack of information available.

“Edibles are very popular, but there was so much education needed there,” she says. “They can be tremendously therapeutic, but if someone has too much THC, they can be turned off of them forever.”

Sicard began researching, experimenting and writing about her experiences cooking with cannabis, publishing her first cannabis cookbook, “The Cannabis Gourmet Cookbook,” in 2012. “Mary Jane: The Complete Marijuana Handbook for Women” followed, and earlier this year she published a recipe guide, “The Easy Cannabis Cookbook.”

Last spring, Sicard launched a line of online video tutorials for newcomers and more advanced at-home cannabis cooks. Her flagship course, “Cannabis Cooking for Home Cooks,” explains cannabinoids and terpinoids; the parts of the plant that are best for cooking; how to cook with concentrates, kief and hash; decarboxylation; and infusion methods, which she says is often the trickiest part to master.

Kristina says it used to take her an entire day to calculate the amount of cannabis necessary for each infused recipe. And even then, she often got it wrong. Now, she says, she just pulls up Sicard’s free dosing calculator, designed to help home cooks to measure the potency of each serving.

While a number of chefs across the country offer private, cannabis-infused dining experiences, cannabis cooking classes are only beginning to become more prevalent, especially in states where cannabis is partially legal. Dispensaries are starting to pick up the slack.

Travelers and residents of the nation’s weed-friendly cities can still find in-person chefs willing to teach them how to infuse a home-cooked meal.

Farina says his students range in age, but most are tourists visiting the Denver area. The cooking class is a hands-on three-hour course that covers 10 different dishes and the edibles basics: decarboxylation and dosing. He says a lot of untrained at-home cooks screw up their meals by skipping decarboxylation, which involves heating cannabis at a low temperature over a period of time to activate the THC in the plant. Without that crucial step, Farina says, you’re missing out on the full effect of the weed.

Next, he gives his students a crash course in dosing, teaching them how to calculate the amount of THC in a serving based on the percentage of THC in their cannabis. But because not everybody knows how much THC is in their cannabis, especially if it’s homegrown pot or purchased on the black market, he offers an “old school” method, a trial-and-error approach. If in doubt about the THC percentage, Farina instructs his students to make a batch of cannabis-infused butter or oil at home, eat a teaspoon of it, and wait an hour and see how they feel.

Even in states with readily accessible dispensaries, most prepackaged edibles fall into the category of junk food. Both Sicard and Farina say they want to teach people that edibles are not limited to cookies and brownies. “From a culinary perspective, I think the savory recipes do better with cannabis because it’s a better flavor match,” Sicard says. “If you want to get into what tastes good, you can do a lot more with savory.”

Kristina says she doesn’t eat sweets very often; she eats mostly organic vegetables she grows in her garden and meals she cooks at home.

“It was huge to find out that there was another way to have edibles besides processed sugar, that I could infuse my own oils to put my own medicine in my everyday food,” she says.

And that’s the point, Sicard says. This year, she plans to expand her online video tutorials to cover syrup, milk and cream infusions. She hopes her course, which is accessible to anyone with $100 to spare and an internet connection, will continue to “get the power of edibles into the consumers’ hands.”