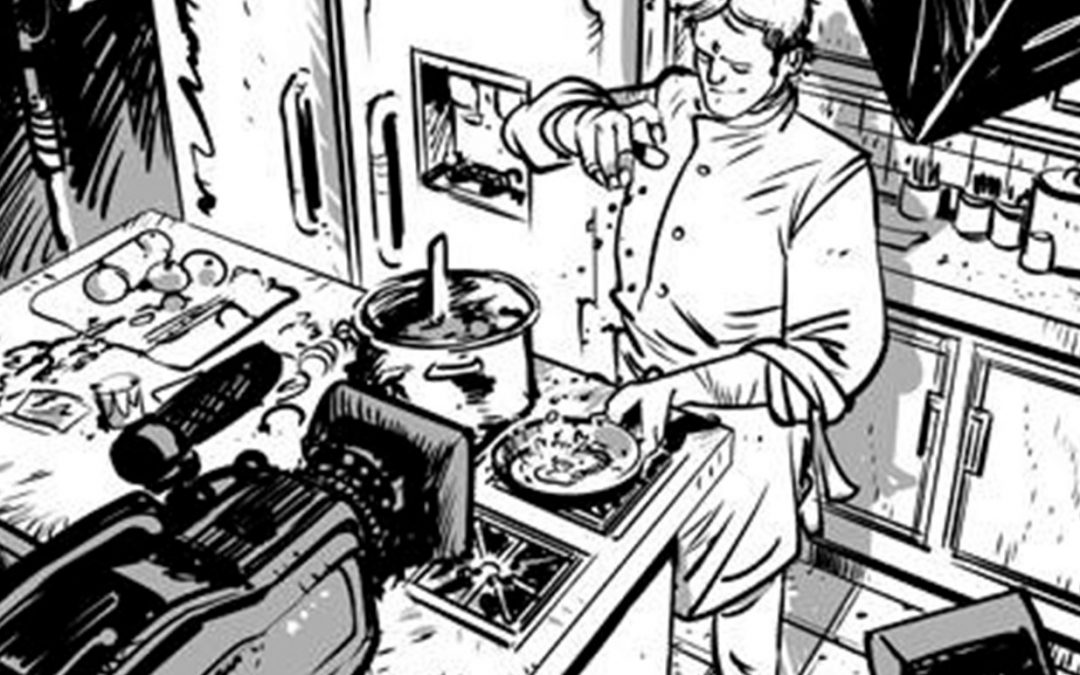 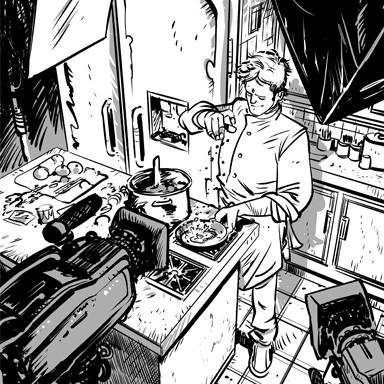 Big Time on the Small Screen

As cannabis cooking shows emerge, which genre will reign supreme?

Two chefs duke it out in a cooking competition, each chasing culinary glory. It has the trappings of mainstream programs such as “Chopped” and “Top Chef” except the contestants are “high as fuck”—a prerequisite of the show “High Cuisine.” 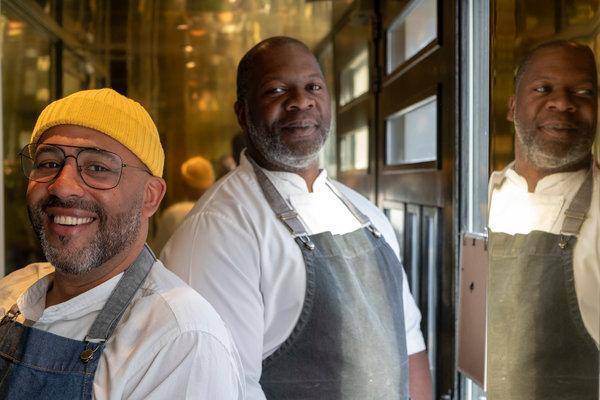 It’s the latest—and most progressive—attempt at creating stylized culinary content for a new wave of cannabis users: people who appreciate the plant as much as they do food and, now that it is increasingly legal to do so, want to know more about combining the two.

However, for having a corner on a new market, the weed cooking shows are a mixed bag. Brown’s show emphasizes being high to see if the state makes the chef contestants more creative while preparing a plant-based meal with limited supplies on a short deadline. “Smoking just takes the pressure off and allows them to have fun,” he says.

Major cable networks such as the Food Network and the Cooking Channel aren’t ready to blatantly incorporate cannabis into their programming quite yet, the representatives say, so the shows that offer useful information about cooking with weed are still made by independent producers and online networks for modern cannabis enthusiasts such as Ruffhouse Studios and PRØHBTD Media.

Back when legal cannabis was still a fleeting dream for most states, culinary cannabis content simply meant how-tos. YouTube is overflowing with tutorials for making edibles, some featuring friendly talking faces saddled up behind their own home stoves, and others showing hands rushing through instructions with disembodied narration. Only a few series in the how-to realm are professionally produced. Substantive content beyond the basic cannabutter recipe is lacking.

High Times made a solid series of in-the-kitchen cannabutter videos with recipe editor Elise McDonough, but that was in 2015. Millennial viral video generator Super Deluxe has a segment with host “Edibles Will,” where the phlegmatic millennial invites internet-famous guests into his test kitchen and languidly explains how to infuse stoner foods like mac and cheese and Taco Bell’s Crunchwrap Supreme. His humor is exceptionally dry and his knife skills are atrocious. Entertaining, sure, but not a reliable source of credible culinary information.

…there’s a large gap between the quick-bite format of filming someone preparing a specific dish and the kind of nuanced, cross-cultural cooking show that could propel culinary cannabis into the food world at large.

Ruffhouse Studios is a rare beacon of quality, education and consistency, uploading about two new recipe videos to its YouTube account per month. Each one includes a breakdown of how to properly prepare your THC infusions and shows how to calculate consistent THC dosages for recipes.

On MaryJanesApron.com, adult performer Delirious Hunter assumes the role of a ’50s-style housewife, ably demonstrating cannabutter, infused oils and extracts, and promising more complicated recipes in future episodes. It’s completely safe for work, but much of her delivery is as stilted and awkward as a porno’s opening dialogue.

Still, there’s a large gap between the quick-bite format of filming someone preparing a specific dish and the kind of nuanced, cross-cultural cooking show that could propel culinary cannabis into the food world at large.

Perpetually irreverent media company VICE set out to rectify this, and in 2016 began airing “Bong Appetit,” a half-hour show that combines super-nerdy extraction science, guest chefs with limitless cannabis creativity and a roving host who visits industry-related sites around town, introducing the viewer to unknown pockets of cannabis culture along the way.

Host Abdullah Saed seemed to make a good faith effort to be the curious, insightful Bourdain-like character viewers crave from travel and food shows, however, as last year’s second season wore on, he seemed increasingly more focused on finding new, zanier ways to get high than connecting with the meal being cooked in the kitchen (the end goal of each episode). Bong Appetit succeeded in one regard, though. Co-hosts Vanessa Lavorato and Ry Prichard stole the show with their true dedication to the plant’s flavors and possibilities, working out of a one-of-a-kind pantry filled with all kinds of oils, seasonings, salts, powders, goops and other kitchen-ready THC extractions. After Saed left VICE last fall in protest of the company’s sexual harassment allegations, it’s unclear if the show will be renewed.

“Edibles with Birdie” features Woody Harrelson’s niece Birdie Harrelson, who goes to popular L.A. bakeries and tries their signatures, then returns home to make her own infused versions. The Herbal Chef Chris Sayegh also had an impressive show on PRØHBTD called “Pot Pie,” where the strains he and his guests are smoking get a spotlight before he tackles a non-infused cooking challenge. The production includes fun Pop-Up-Video-style bubbles with facts about the ingredients and cooking process along the way.

With no new seasons of the aforementioned shows currently in the pipeline, and no plans from the big food networks to incorporate either the medical or culinary aspects of cannabis into their shows, the future of quality culinary cannabis TV may seem hazy. But this is the burgeoning cannabis industry; startups often make it big time.

Chef and cookbook author Jeff Danzer, who’s known as the 420 Chef, is readying his Cannabis Cooking Channel, the weed version of the Food Network.

“Our whole mission is making cooking with cannabis simple and easy for everyone,” Danzer says. “These shows are important, whether it’s our channel or another show, because people find it very daunting to cook with cannabis.”

Danzer’s content on instruction, guest chefs, weed experts and cannabis education is also slated to appear on Cannabis Club TV, a Santa Cruz, California startup. CCTV is producing short videos focusing on a wide range of cannabis topics, such as cooking, pop culture and medicinal use that stream on TVs it sets up in dispensaries. Its goal is to create an app that streams content directly to consumers.

“We need to get the word out that cooking with cannabis is like cooking with any other ingredient,” Danzer says. “It just has some very specific nuances you have to be aware of.”