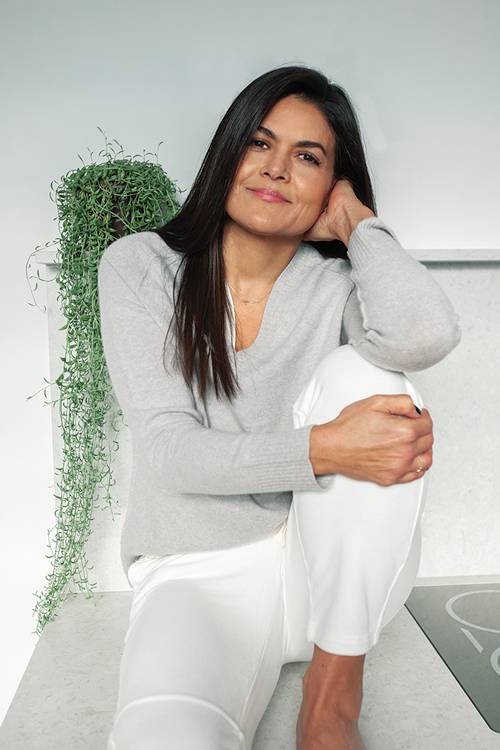 Food, cannabis and wellness intersect under social equity application Microdosing is for moms and anyone else turned off by stoner culture

(Chicago, December 27, 2019) – Among the thousands of applicants vying for dispensary licenses, the state of Illinois will find a unique approach: one that centers on getting healthy, not just high.

“For me, cannabis has never been about getting high but about getting healthy through food. I see cannabis as food and food as medicine” says Rivera, named earlier this year as one of Chicago Magazine’s power players of 2019.

Since launching Kitchen Toke two years ago, Rivera’s brand has featured numerous individuals who use cannabis and diet to alleviate pain, enhance sleep, tackle anxiety and manage illnesses, from autism and Crohn’s disease to post-traumatic stress disorder and debilitating sports injuries such as chronic traumatic encephalopathy.

Rivera, whose career spans 20 years of creating culinary brands and food trend publications under her own business, is applying for a license under the social equity measures that Gov. J.B. Pritzker announced in September as a way to level the playing field between multi-million dollar cannabis companies, minority-owned business and those disproportionately impacted by the war on drugs.

Rivera, a Mexican-American, plans to open her dispensary in Uptown, a disproportionately affected area. No stranger to community outreach, she led a team in 2016 to create Street Store, a pop-up clothing store in Uptown where the homeless could shop for free necessities with dignity. It’s with that same spirit Rivera wants to open the first woman minority-owned culinary cannabis-focused dispensary, offering the community jobs and the tools to learn how to take control of their own health and wellness. The application due date is Jan. 2, and according to the state, 75 recreational use licenses will be awarded in May.

“The dispensary will bring us full circle,” says Rivera who is working on developing a line of cannabis-infused pantry items, such as a cannabis-infused olive oil and a cannabis spice blend. “There’s so much misinformation, fear and false narratives surrounding cannabis that we want to address through the dispensary. Cannabis is not a panacea but definitely an option people should have to take control of their health.”

For more information about Rivera, email info@kitchetoke.com or call 312-725-0103

Joline Rivera is the founder and creative director of Kitchen Toke, the first publication dedicated to promoting health and wellness through culinary cannabis. A skilled visual storyteller and food and lifestyle expert, she has more than 20 years of experience as a creative director, lending her design expertise to clients like Food Network Kitchens, US Foods, Meredith Publishing, Crate & Barrel and more. She has also directed award-winning publications, including Food Fanatics, Sweet Paul and Uncrate.

Kitchen Toke is the first media company dedicated to teaching people about culinary cannabis for health and wellness. The printed magazine is distributed to more than 2,500 stores internationally and is available at retail ($12.95) in select independent retailers and dispensaries and online at kitchentoke.com.