Egg It On with Shakshuka 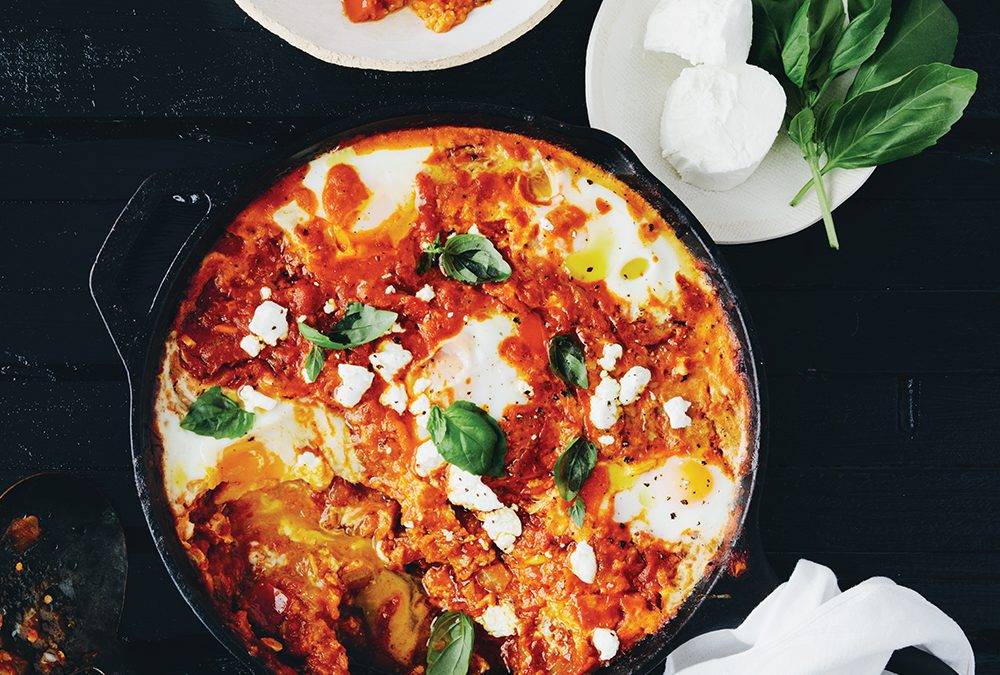 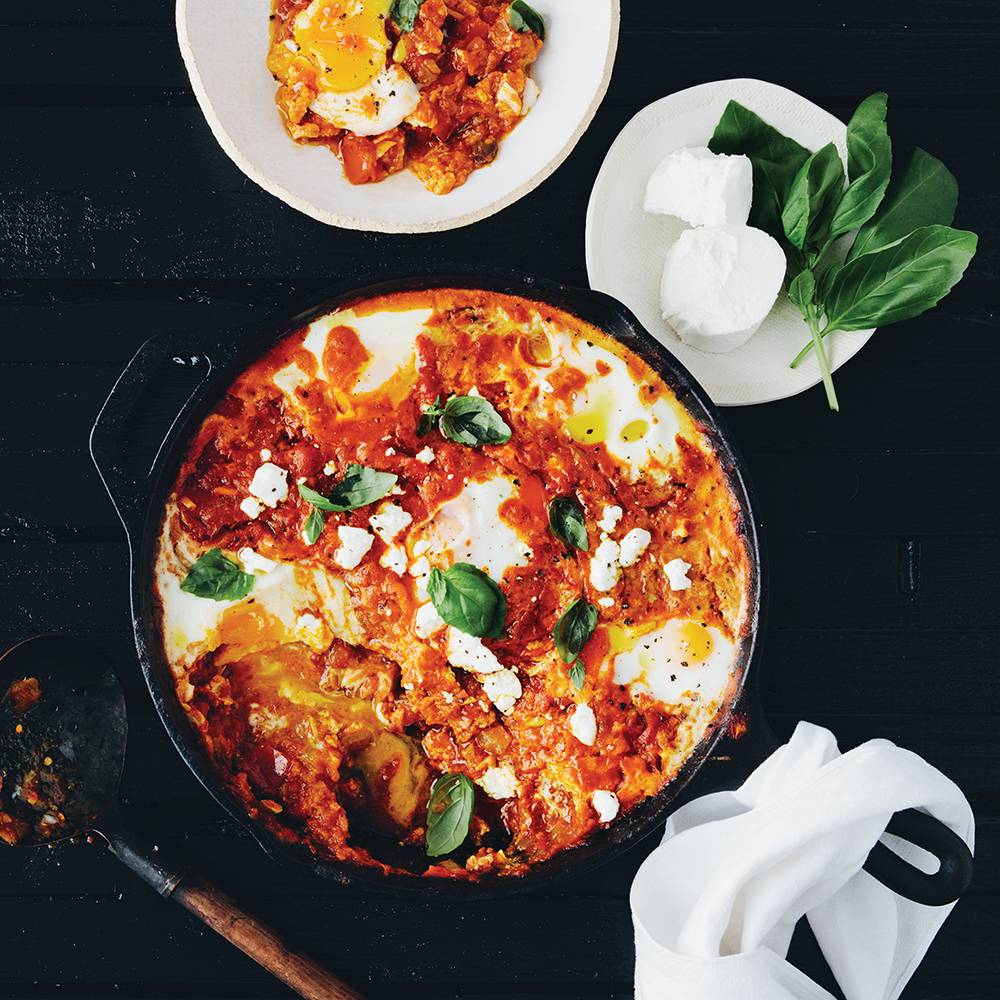 Egg It On with Shakshuka

“When you make shakshuka, the house smells like heaven,” says Tomer Blechman of Miss Ada, his Mediterranean-inspired neighborhood restaurant in Brooklyn, New York.

The 40-year-old chef was born in Israel, where eggs gently poached in a spiced, lava-like sauce are the breakfast, often lunch and even dinner of champions.

But in particular, “It’s a big thing on Saturdays—like what you eat for breakfast—or what you eat after you go drinking on Friday,” Blechman says.

Shakshuka’s common denominators are eggs and tomatoes, which should seem familiar if you’ve run across the relatively restrained and Catholicized uova in purgatorio. But shakshuka, which is an Arabic and Hebrew word for “all mixed up,” can accommodate various tasty islands in its simmering crucible.

For his vegan guests, Blechman substitutes the eggs with roasted eggplant. For the rest, tangy gobs of near- liquid goat cheese and just-cooked orbs of wobbly yolk readily unleash a golden flow into the red sauce. Shakshuka spread across the Middle East with Maghrebi Jews leaving Ottoman North Africa.

They brought along the spices that make this dish radiate flavor. At Miss Ada, Blechman sautes aromatics in olive oil, then sizzles a sinus-tingling paste of turmeric, cumin, cardamom, coriander, and a pickled and powdered mango and fenugreek blend called amba that transforms the dish into a thing of sorcery.

Blechman hasn’t cooked with cannabis, but he didn’t object to us enhancing his recipe. One thing he will insist upon: serving it with toasted challah bread or pillowy, freshly baked pita.

“You want to grab all the juices with the bread because you don’t want to miss the best part of it,” he says.

This Israeli dish is deeply satisfying on its own. Choose a high CBD oil to ease discomfort or a THC tincture that relaxes but keeps you alert to make it even better.

Add amba and fresh tomatoes, and lower to a simmer. Cook for 30 minutes, stirring every 10 minutes.

Add canned tomatoes and cook 45 minutes longer. With the sauce simmering, add eggs and scatter goat cheese around the pan. Cover until eggs are cooked but still soft, about 5 minutes. Sprinkle with basil before serving. Makes 6 servings, each about 15 mg THC based on a 20 percent THC strain.