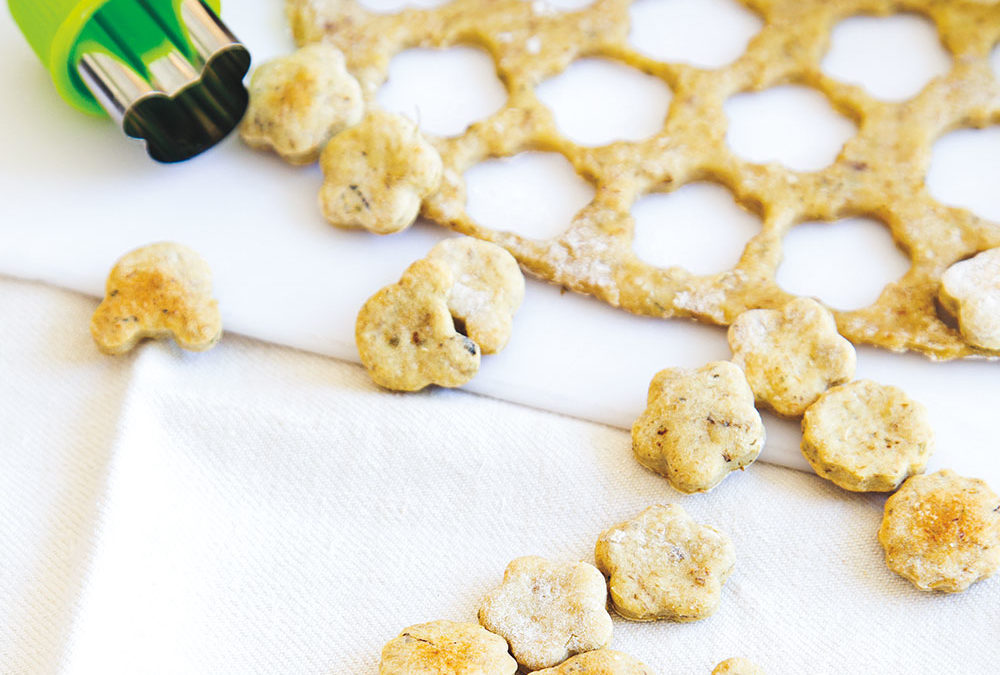 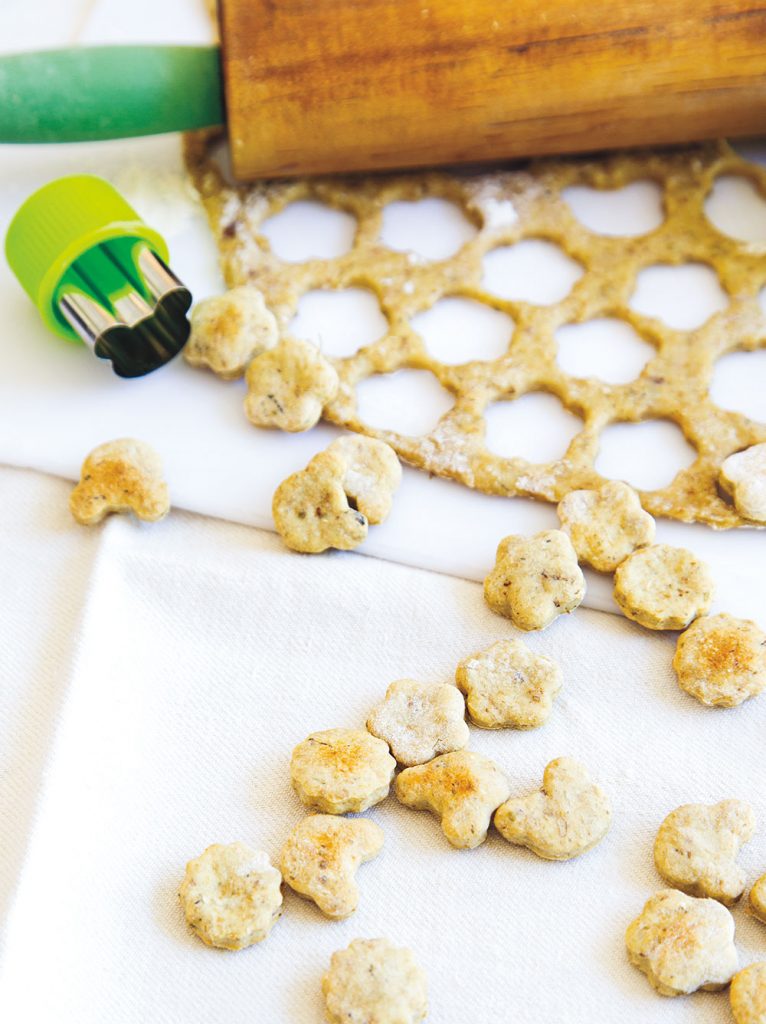 Clive flicks his tail back and forth in annoyance. Only a few months ago, the 9-year-old black longhair would have been spraying blood with each lash. The cat licked his tail so excessively he’d stripped off the fur until all that was left was just raw, bleeding skin. Nothing helped until Clive’s owner, Deric Aube, of Fenton, Michigan, started giving him 1 milligram CBD and 0.5 milligram THC in an oil tincture over his food each day.

“My vet agreed it was certainly worth a shot,” says Aube. “We discussed that THC would benefit his anxiety, so the combination was practical for his multi-symptoms. I’ve had success with that ratio in the past treating other problems, so I decided to start with it for Clive.” (As always, consult with your vet before embarking on a treatment for any pet ailment.)

The results were startling. “By week two, he was throwing up fewer hair balls, and I was thinking he wasn’t licking as much,” says Aube. “By the third week, I could see hair starting to grow back. And by the fourth week, he was on his way to his former plush coat!”

But when Aube stopped treating Clive after a few months, the licking and hair loss recurred. Once again, Aube gave Clive the oil, and once again, Clive stopped his excessive grooming.

“Self-barbering,” as Clive’s condition is called, can be caused by behavioral issues. It can also be caused by stress. Clive’s problem began soon after his former caretaker, Aube’s partner, died.

CBD’s effectiveness on stress-induced barbering is fairly well accepted, but less accepted is CBD’s ability to quell biting, licking and scratching due to itchy skin. Allergic dermatitis (AD), which causes inflamed, itchy skin, is one of the most common and frustrating problems veterinarians wrestle with. Can CBD help?

When humans have allergies, we often sneeze and snort. But dogs (and, to a lesser extent, cats) are more likely to scratch, lick and rub at their skin, especially their feet, flanks, ears, rump and armpits. Dogs can develop “hot spots” from licking and biting at an itchy area, creating weepy, inflamed painful patches on their skin.

Compared to people, dogs (and, again, to a lesser extent, cats) have more histamine-releasing mast cells in their skin, and histamine causes inflammation and allergic reactions—especially in response to flea saliva, pollen, dust, mold, grass and foods. While food allergies are less common than most people suppose, other sensitivities are relatively unknown. Some dogs, for instance, are allergic to the normal bacteria on their own skin.

Bathing to remove allergens and soothe the skin can help, but often only a little. Antihistamines might work better, but you may have to try several different types before seeing improvement—plus, they can cause drowsiness. Supplementation of omega-3 and omega-6 fatty acids helps in about 20% of cases. Corticosteroids reduce itching but at the cost of undesirable side effects—including urinary tract infections, weight gain and muscle weakness—with long-term use. Immunotherapy, like human allergy shots, are slow to work, if they work at all.

Which brings us back to CBD. Anecdotally, it does help some animals. In a survey of dog owners who used CBD conducted by the Colorado State University College of Veterinary Science, 62% felt that CBD improved their dogs’ skin conditions and 92% felt that it reduced inflammation.

Current theory also supports the efficacy of CBD. Dog skin contains CB1 and CB2 receptors, both of which reduce inflammation and pain perception. Cannabis reduces antibodies that trigger histamines, so CBD should be helpful in reducing antibody response to allergens.

Experimentally, however, we are still in the discovery phase. Lab-bred mice with deficient cannabinoid receptors display greater allergy signs. Giving CBD to rats and mice reduces itching. Giving the cannabinoid palmitoylethanolamide (PEA) to dogs and cats reduces or delays itching. (PEA, by the way, can be found in foods such as egg yolks, beans and dairy products, but the latter may not be tolerated by many dogs and cats.) CBD ointment rubbed into the skin of people with AD reduces inflammation and itchiness.

Presently, no results from experimentally controlled studies are available concerning whether CBD really helps allergic dermatitis in dogs, but that may change soon. Melissa Loewinger, DVM, of Animal Dermatology and Allergy Specialists in Riverdale, New Jersey, and White Plains, New York, is looking for a few good—and itchy—dogs to complete her study. Your dog could contribute to science and get some perks in the process if he’s near the clinic and accepted into the study. (To find out more, go to animaldermatologyspecialists.com.) Loewinger has already started collecting data but says it’s too early to comment on results.

From a practical viewpoint, CBD falls into the “really well worth a try” category. Since the terpene alpha-pinene has also been shown to decrease allergic reactions in mice, look for a CBD product with alpha-pinene (see “On the Scent,” page 84), as well as PEA, if possible. And be sure to include omega-3 and omega-6 fatty acids in the diet.

Ingested CBD products are best for generalized itchiness, but while topicals may be preferable for localized problems in people, they’re not always the answer for pets. Many ointments and oils, especially those designed for human use, contain toxic ingredients that may poison pets if licked. When a product comes with a “Do not ingest” warning, don’t apply it to your pet’s skin.

As for Clive, the CBD/THC tincture seems to have resolved his issues; plus, Aube reports one extra perk. “He just barely tolerated me before,” he says. “But after the first week of treatment, he was noticeably friendlier!”

Get the recipe to Baked Sardine Treats for cats here

Get the recipe to Frozen Apple, Kale and Yogurt Treats for dogs here