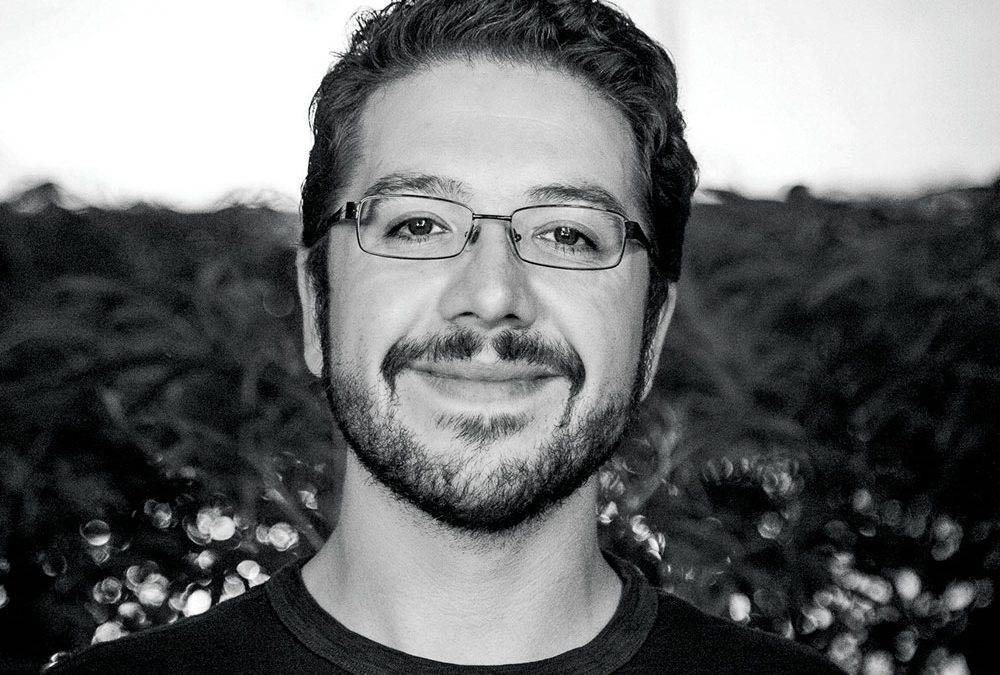 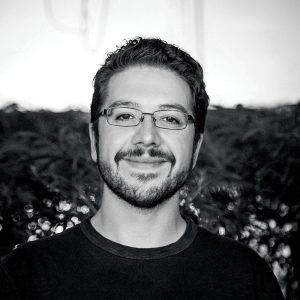 I learned a lot making the first cannabis cooking show on television.

I learned that crisping up budlets in oil and tossing them with herbs, lemon zest and breadcrumbs makes a pretty special gremolata. I learned that planning cannabis dinners for diverse groups of guests with varied tolerances and cannabis experience was much more difficult than it seemed, then proceeded to get very good at it by doing it repeatedly in front of the camera. I learned that chefs in general had almost no idea about the sheer variety of flavors, aromas, textures and effects that cannabis is capable of expressing, but all of them were excited to cook with it. Most importantly, I learned that food, beverage and the simple act of sharing a meal were extremely powerful vehicles for education and acceptance of cannabis. That last point is something that stuck with me and has largely guided my life since.

I remember my experience growing up in Idaho Springs, a small Colorado mountain town relatively devoid of fine dining. The restaurants generally catered to tourists on their way to ski areas, mostly loading their menus with burgers, pizzas and sandwiches. My family cooked a fairly standard set of American and Mexican dishes, none of which ventured into “fine dining,” or any foreign culture, aside from including the occasional packaged ramen noodle stir-fry. Eating at the local Chinese restaurant was the only time my adolescent brain felt like it was encountering something new and exciting. At one point I worked in a diner that masqueraded as a bistro at night, offering steaks and higher-end pastas as well as a more refined presentation than other restaurants in town. As a dishwasher, interacting with the chefs and learning basic cooking and plating was my first dip into more sophisticated food. I later worked at a coffee roaster, where I developed a love for that particular craft, and also started unlocking an understanding of concepts such as terroir, preparation variables and tasting for nuance, say, in over- or under-extracted espresso.

I’ve been thinking more about the role that media plays in the public perception of cannabis and the responsibility that content creators carry in presenting cannabis with its proper seriousness and weight.

As I grew older and went to college in Denver, I started dabbling in higher-end food in a more concerted way. It started with an interest in food television. I watched shows like “The F Word,” “Good Eats” and “Iron Chef,” quickly becoming frustrated with my inexperience in anything approaching the craft and presentation of the dishes I was seeing. I began to seek out new culinary experiences, starting first with Denver’s robust Vietnamese restaurant scene, discovering things as basic as pho and banh mi and quickly moving on to dishes such as Hong Kong-style barbecue, black market Lao sausages, and making sticky rice and jeow bong chili sauce at home. The caramel apples en croute recipe below is one of the first things I made that required a fairly high level of cooking skill. It occupies a special place in my heart. The recipe itself is an adaptation from a segment of Gordon Ramsay’s “The F Word,” kicked up a couple of notches with a THC-infused butter and live resin added to the caramel for an aromatic effect. 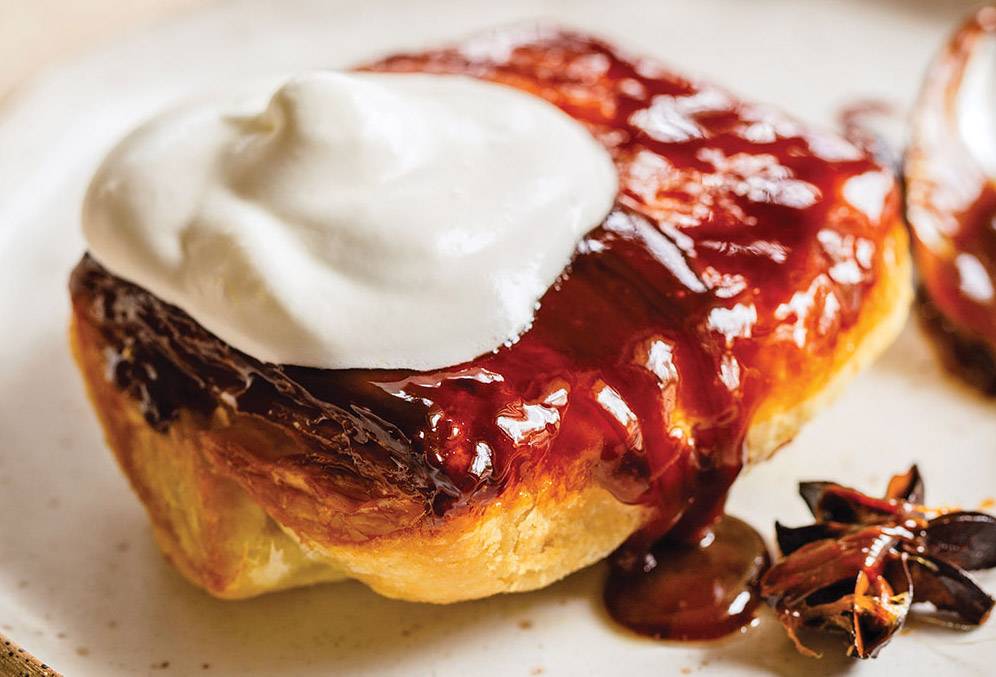 The first time I did a fully organized event where I paired live resin with food was in Denver in the spring of 2016. It was the real beginning of what was built upon later during my time on “Bong Appetit,” and it set the course for the rest of my career and understanding of cannabis as a culinary presence. As part of the pitch to land my role on the show, I floated a concept that paired live concentrates with food and beverage in a carefully orchestrated, concerted way, focusing on the interaction of flavors. Ultimately, this was made into the season one episode “Tour de Terpenes,” but during the original event in Denver, which involved liquid nitrogen ice cream and sorbets, my mind was blown by the power of complex cannabis flavors that interact with food and drink. Immediately the focus shifted to cannabis as a culinary ingredient as well as a complement to high-level food and beverage. Simply put, beginning to understand the depth and complexity of cannabis flavors and how they interact with food and drink changed my life, and I tried to draw upon that formative experience in everything I did on the show. In my role as “cannabis specialist,” I was responsible for guiding the chefs on infusion techniques and explaining cannabis as a culinary ingredient.

After we wrapped production of season two after recording 20 grueling episodes, our host, Abdullah Saeed, left the Viceland network and the producers decided to reformulate the show to become a competition cooking show. Worried that this change in focus would degrade the educational content as well as the food and chef interactions, I left the show.

Since my exit, I’ve been thinking more about the role that media plays in the public perception of cannabis and the responsibility that content creators carry in presenting cannabis with its proper seriousness and weight. The most meaningful and striking feedback I received about the show is that it helped people explain and demystify cannabis to their older relatives and other non-users. People who don’t use cannabis watch the show because it’s interesting from a culinary perspective, and deals with an ingredient that’s simply not known to the wider culinary world. Even deeper and more impactful, some have said that these anti-cannabis aunts, dads and grandmas now accept them for who they are as cannabis users when previously they felt like black sheep, separate in some essential way from the people they love, and often carrying guilt and shame. When I was in the thick of it, figuring out how to infuse pizza sauce with live resin or baking infused bread outdoors on an open fire, I had no idea this dialog was building outside the show.

Ultimately, what I learned from “Bong Appetit” was that placing cannabis in the proper context—one that encourages sharing, exploration and education—while also blending familiar, essential elements of humanity that people know and love (food and drink) allowed it to be seen in a different light. Sure, it’s fun enough to smoke a comically sized joint at the end of dinner, but those elements were mostly forced by production trying to “hit all the beats” for the existing culture. This misguided focus caused the real meat of the show to suffer, and detracted from in-depth explorations of cannabis science and methods, such as conversations with Cat Cora about sick family members in the South lacking access to cannabis medicine, and actual step-by-step instructions for the infusions and recipes, all of which are arguably far more important in bringing new cannabis users into the fold. People are starving for education and food and drink may be the best way to satisfy that hunger, literally and figuratively.