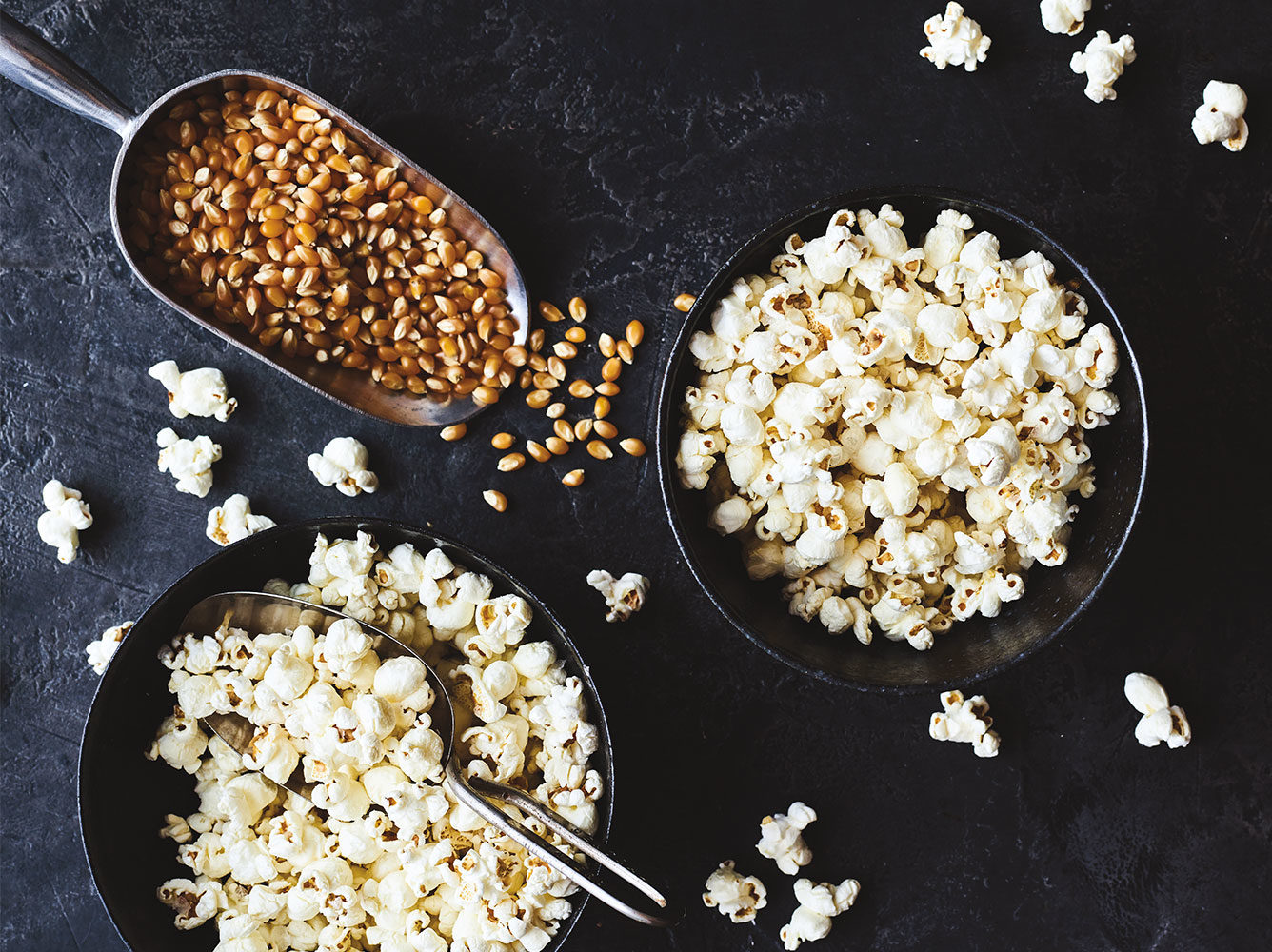 Popcorn is more magical when medicated

Popcorn is a marvelous snack for many reasons: It’s inexpensive, shelf-stable, tasty, nutritious and adaptable to your cravings and current pantry inventory. It’s also an ideal vehicle for cannabutter, either with a little salt or an endless variety of seasonings and flavors.

If all that weren’t enough, popcorn is mesmerizing. In a matter of minutes, a handful of humble kernels can metamorphose into a flavorful, fluffy cloud of cravable, snacktastic goodness. No wonder Americans consume 15 billion quarts each year.

How does this sorcery occur?

Whole-grain popping kernels may appear dry, but hidden inside each is a tiny measure of water. As kernels heat, that water turns into steam, which increases the pressure inside the kernels until their hulls finally burst, giving life to fluffy, starchy puffs.

Popcorn is grown in much the same way as other corn varieties, but its thicker hull and dense starch content make it the only one that pops. Kernels in the popcorn family yield two distinct shapes: snowflake (also known as butterfly) and mushroom. Snowflake pops larger and is what’s usually sold in movie theaters. Round, mushroom-shaped corn has a somewhat smoother, more uniform exterior that’s less likely to crumble and break. Most caramel and glazed popcorns use this variety. Home cooks can achieve great results with either type.

For the most tender, flavorful and fluffy popcorn, forego stale, prepackaged popcorn and chemical-laden, microwaveable products. Making your own from scratch on the stovetop takes less than 10 minutes, and you’ll be rewarded with a superior snack. As a bonus, homemade is far more environmentally friendly. Think of scratch popcorn as “slow” fast food.

After popping, add medicated butter, paying attention to your infusion strength, the dose it carries and portion sizes. Popcorn is one of those things that people tend to scarf mindlessly, which can cause problems when it’s rich in both flavor and THC.

You can get great results with almost any strain of cannabis when infusing butter, but here are some tips to consider if you want to play with matching terpenes and flavors.