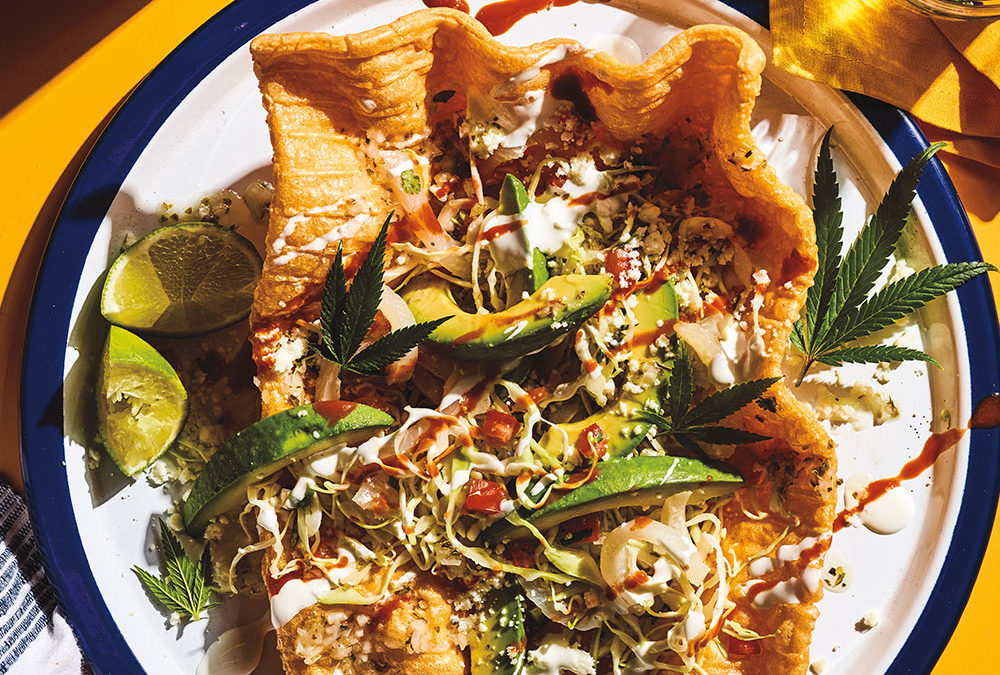 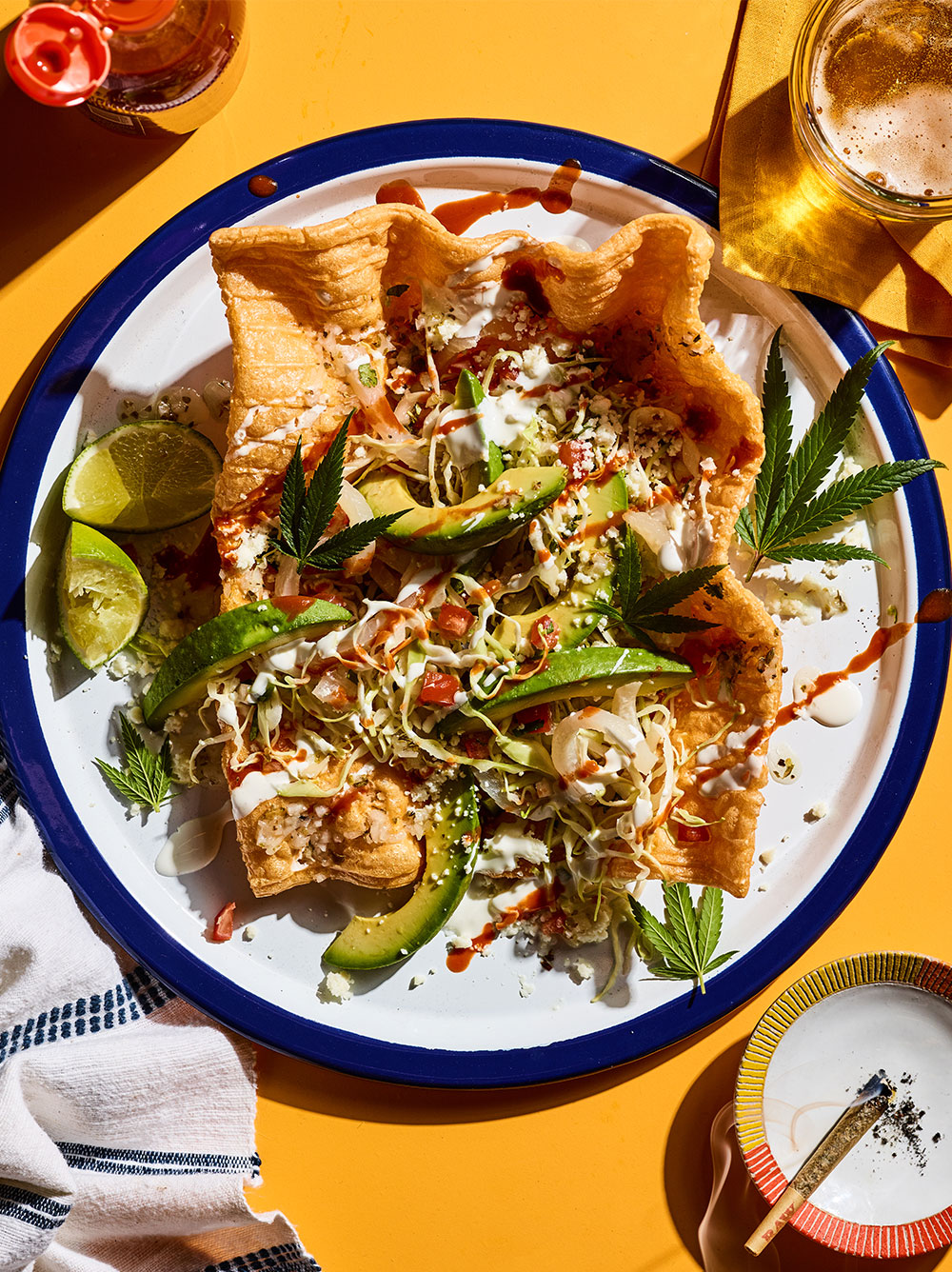 When chef Danny Espinoza was growing up in Chicago’s Humboldt Park neighborhood, his mom would bring chicharrones de harina back from the paleteria across the street. The kids would douse the crunchy, deep-fried wheat flour pinwheels with lime juice and Valentina hot sauce and scarf them with abandon.

But Mom and Dad’s snack game was much more sophisticated. They ate chicharron preparado, essentially a salad built on a larger, rectangular duro de harina, piled with fresh, shredded green cabbage, avocado, pico de gallo and chewy curlicues of pickled pig skin, all showered with Cotija cheese and lashed with cool crema and vinegary hot sauce. “It’s a world of textures,” says Espinoza, who, with age, maintains that the adult version is more fun to eat. “If you think it’ll be a mess,” he says, “you’re right. Use your hands and go to town.”

It’s permissible to go crazy with toppings too, he says, endorsing crushed Flamin’ Hot Doritos, spicy Japanese peanuts or gummy bears. “If you’re not into the pickled pork skin, try replacing it with cured deli ham, thick sliced. Don’t get me started on pickled chicken feet.”

Espinoza, who opened Santa Masa Tamaleria not far from where he grew up, doses his home version with a citrusy Lemon Haze-Mexican oregano vinaigrette that “just ties everything together.” Any street vendor or neveria can customize chicharrones preparados to your specs, but if you’re making your own, you can find all the ingredients you need at any Latino supermercado or corner store—everything except the Lemon Haze, that is.

60 seconds, then turn over with tongs and fry another 45 seconds or until fully puffed and crisp. Drain on paper towels; season with salt. Let cool.

Toss cabbage and pickled pork skin with pico de gallo; add salt to taste. Spread over fried duros. Arrange avocado slices over top and sprinkle with cheese; season with salt and lime juice. Zigzag crema and hot sauce over the top. Finish with generous drizzle of Lemon Haze-Oregano Vinaigrette. Eat with your hands.

Whisk together oil, lime juice, onion and oregano, then add salt to taste. Makes about

Get the recipe for cannaoil here.