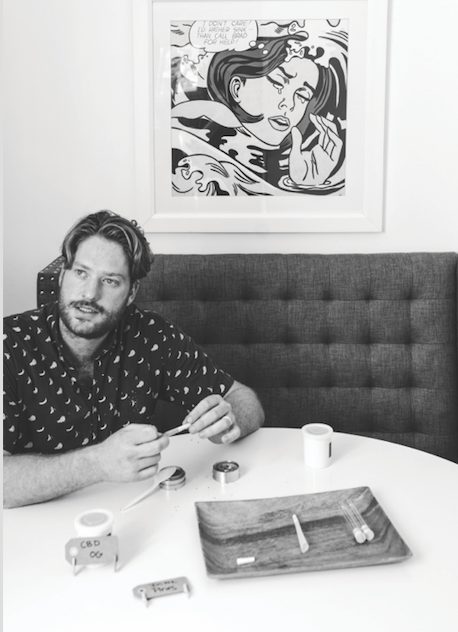 Holden Jagger would have been a standout in the classroom, the kind of instructor who makes quantum physics seem as easy as mastering your ABCs. Instead, his field of study is cannabis, his lectern positioned at the ever-growing $6.7 billion weed industry.

The 33-year-old dad of two with California-surfer good looks curates private cannabis dinners that focus on the attributes of the plant. To be clear, it’s not about getting messed up on weed-infused food but rather a cerebral experience that highlights the attributes of smoking cannabis, much like the way prized wines are paired with a multicourse meal.

“I styled myself as a ganjier, an expert in cannabis pairing with food or describing cannabis in the same way the sommelier would with wine,” Jagger says, adding that his role is tasked with conveying the backstory of the strain, its flavors and effects, and the influence of its growing environment. Jagger, who swapped his conventional chef whites for cannabis, cultivates the weed for his dinners. Earlier this year, he expanded beyond the family backyard to a small nearby farm in the hills of Santa Monica, California. By following a seasonal and biodynamic approach to growing the plant—under the sun, rooted in nutritionally dense soil—Jagger has positioned himself as an artisanal practitioner.

“You’re going to start to see a movement away from mass- quantity production and more toward small craft growers. That’s a big, big deal.” “It gives me a place to speak on how I know that the difference in cultivation techniques produces a different final product or a different cannabis flower.”

Jagger’s five-course dinners, which start at $500 per person, attract the cannabis-curious, but a greater appreciation comes from those who relate to exceptional wines. On an elegantly set table, joints are presented in sealed tubes, paired with each dish. Participants are instructed to remove the joint from the tube and breathe in the scent from the oils of the terpenes, which could be citrusy, earthy or reminiscent of many other flavors that complement and contrast with the dish. The taste from smoking the joint, which to Jagger is no different from sipping wine during a meal, also connects the flavors in the food. The food, however, isn’t likely to produce a high. If present, its role supports or echoes elements in the dish.

The nuances of artisanal cannabis, Jagger says, cannot be produced in a greenhouse. Just as consumers have realized that the source of their food and the way it’s grown matters in regard to quality and taste, the same will eventually become the rule for cannabis.

“You’re going to start to see a movement away from mass-quantity production and more toward small craft growers,” Jagger says. “That’s a big, big deal.” 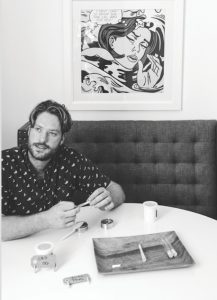 – Held down the pastry stations for Tom Colicchio’s Craft and Curtis Stone’s Maude before he became the executive pastry chef at Soho House in Los Angeles.

– Launched in 2016 Altered Plates, private dinners based on his plant- to-table approach to cultivating cannabis. Check out alteredplates.tv.

– Personifies the underexposed area of artisan cannabis, the antithesis of its mass-produced, greenhouse counterpart.

– Grows cannabis in the hills of Santa Monica, California, using a seasonal and biodynamic approach. Committed to advancing the benefits of growing cannabis sustainably and naturally outdoors.