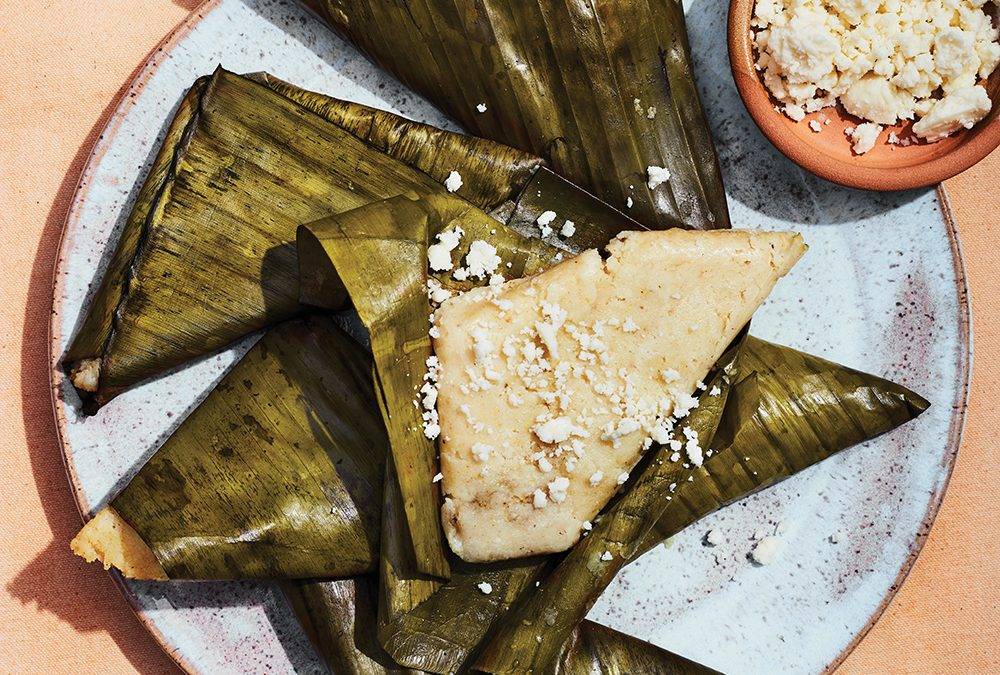 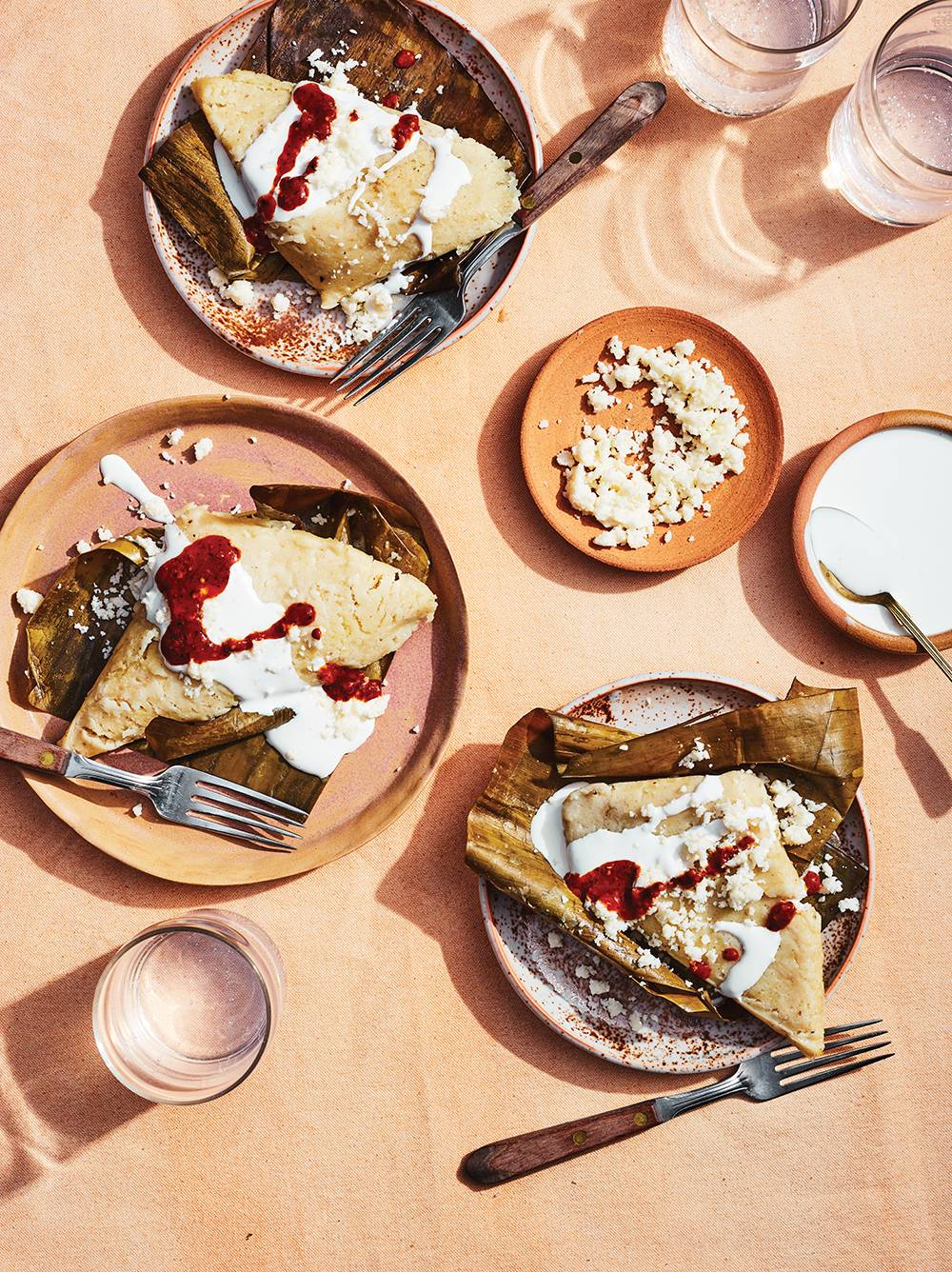 With an electric mixer, whip lard, baking powder and salt until fluffy. Begin adding masa in golf ball sized increments until fully incorporated and smooth. Scrape down the sides of the bowl.

Add water and whip until dough is the consistency of cake batter.

Arrange corundas inside steamer. Cover and steam over boiling water 1 hour. Remove from heat and allow to cool until cooked dough has set. Serve with queso fresco and sour cream.