Is That Weed Flavored Beer? 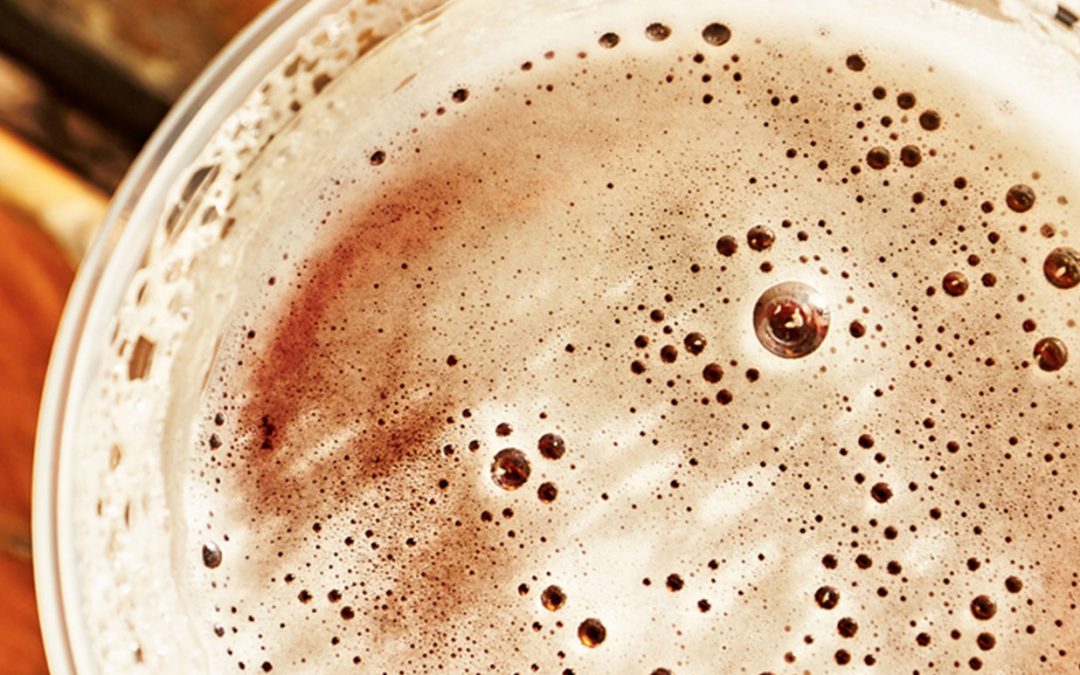 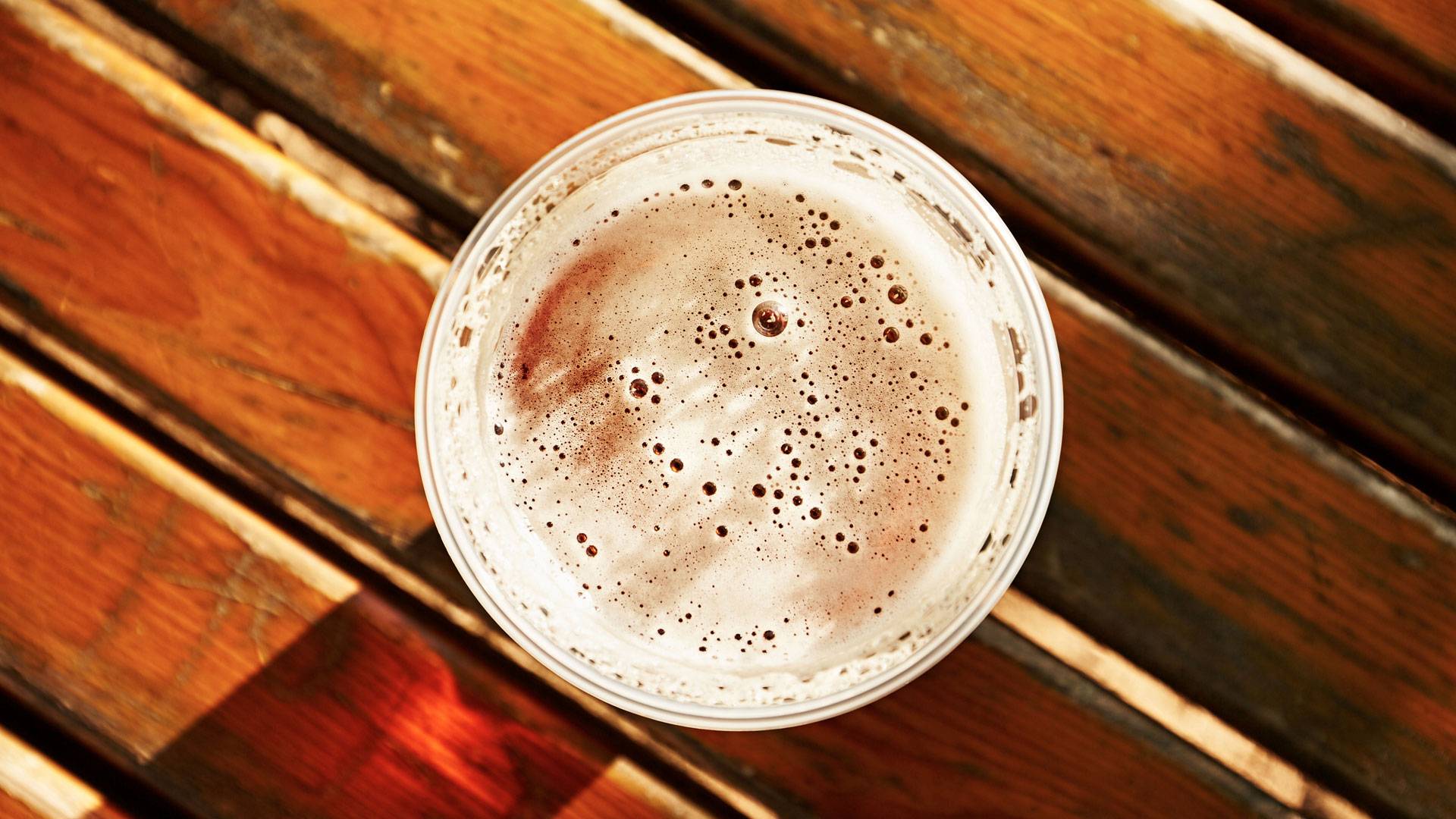 Is That Weed in the Beer?

Why your next brew might be flavored with pot

Smelling weed in San Francisco isn’t unusual, but this wasn’t a trail of smoke from a joint. The deep dankness came straight from beer—a Diesel and Dust IPA brewed by Magnolia Brewing. You’d swear there was bud in the glass—which was exactly the case. Diesel and Dust is made, in part, with pot.

Dick Cantwell, Magnolia Brewing’s head brewer, brewed this IPA with an extract of terpenes, the compounds that give pot its flavor and aroma. At the chemical level, using cannabis to flavor beer isn’t a whole lot different than using hops. The two plants are closely related and rich in terpenes, the aromatic essential oils that makes Lemon Haze smell like citrus and Amarillo hops taste like grapefruit.

If weed in your beer is surprising, prepare for more. Magnolia Brewing is one of three San Francisco breweries that released weed terpene beers for the city’s 2018 Beer Week along with Triple Voodoo and Harmonic Brewing. Big breweries have garnered national headlines with weed and hemp beers, such as Lagunista’s Supercritical IPA, made with California-grown terpenes, and New Belgium’s Hemperor  “HPA,” an IPA made with hemp hearts and terpenes that emulate pot’s terpenes.

There’s certainly a sophomoric allure to a beer that can get you stoned and drunk, but these brewers are infusing pot’s flavors into their beer—not THC. It’s also unknown whether the terpenes in the beer have medicinal value. Nevertheless, introducing the wildly divergent world of weed flavors to create new beers transcends a splashy marketing gimmick.

Chemistry, a cannabis processor in Oakland, California, steam distills cannabis flower and creates a THC-free solution of flavorful terpenes for these breweries. The processor creates strain-specific batches, allowing brewers to choose specific weed flavors, just like they do for hops.

At Triple Voodoo Brewery, head brewer Phil Meeker created Johnny Blaze Haze, a hazy pale ale brewed with terpenes extracted from the famously earthy and herbal strain of pot called Gorilla Glue. Like all good hazy pales, Johnny Blaze Haze was easy to drink and fruit forward, but it also had an overwhelmingly fresh, green flavor akin to a wet hopped beer. Those are only made during the fall harvest season when hops come straight from their vines. Replicating this flavor outside of harvest season is a bit of a magic trick.

Meeker says they will brew terpene beers in the future. “I think it’s a really cool and unexplored flavor profile that adds nuance and layers to beer. And that’s the thing that we like to do as brewers—push the boundaries of flavor.”

Weed terpenes have an obvious application to hoppy beers like pale ales and IPAs, but Harmonic Brewing applies to less obvious styles. Harmonic brews a saison, a yeasty farmhouse style from Belgium, with terpenes derived from a strain of Deadhead OG. The beer is floral and peppery but has no obvious weed notes. Eddie Gobbo, head brewer and founder, says the terpenes have a big impact on those expected saison flavors.

“It definitely transformed the beer into something very interesting instead of just being another note of cannabis in there,” he says.

In states that have legalized weed, Gobbo expects more breweries to experiment with pot terpenes. “In some ways, giving cannabis terpenes to brewers is like giving a painter a new palette of colors,” he says. “It’s a whole world of hop flavors and terpene flavors that can enter our beers in different points and become part of our flavor arsenal.”

Paul Roethle, the founder of Chemistry, the lab that supplies the terpenes, says that he was excited to see Harmonic use weed terpenes in a less obvious way.

“… Everyone thinks IPAs and (cannabis terpenes) make your IPAs taste even more like weed, but the terps can also really change the profile subtly,” he says.

Cannabis terpenes, however, are unlikely to overtake hops. While the two plants overlap in their flavor compounds, only hops contain alpha acids, the chemicals that act as a preservative in beer. The legality of these weed beers is still an open question. Chemistry certified the terpenes as free from cannabinoids, such as THC or CBD, but the brewers still didn’t feel comfortable sending the beers across state lines. A few months after the beers were released earlier this year,  the Alcohol and Tobacco Tax and Trade Bureau told all three breweries to stop making weed beer because pot terpenes are not a federally approved beer ingredient.

New Belgium got around the problem with their nationally distributed Hemperor HPA by substituting pot-derived terpenes with terpenes from other non-pot sources. That might provide a loophole to mimicking pot’s flavor, but for Triple Voodoo’s Meeker, in the age of legal weed, it only makes sense to use terpenes derived from the good stuff.

“We didn’t want to do that. It’s 2018, cannabis is legal in California, let’s just use the real thing,” Meeker said.