Don’t Mess with These Kickass Taquerias 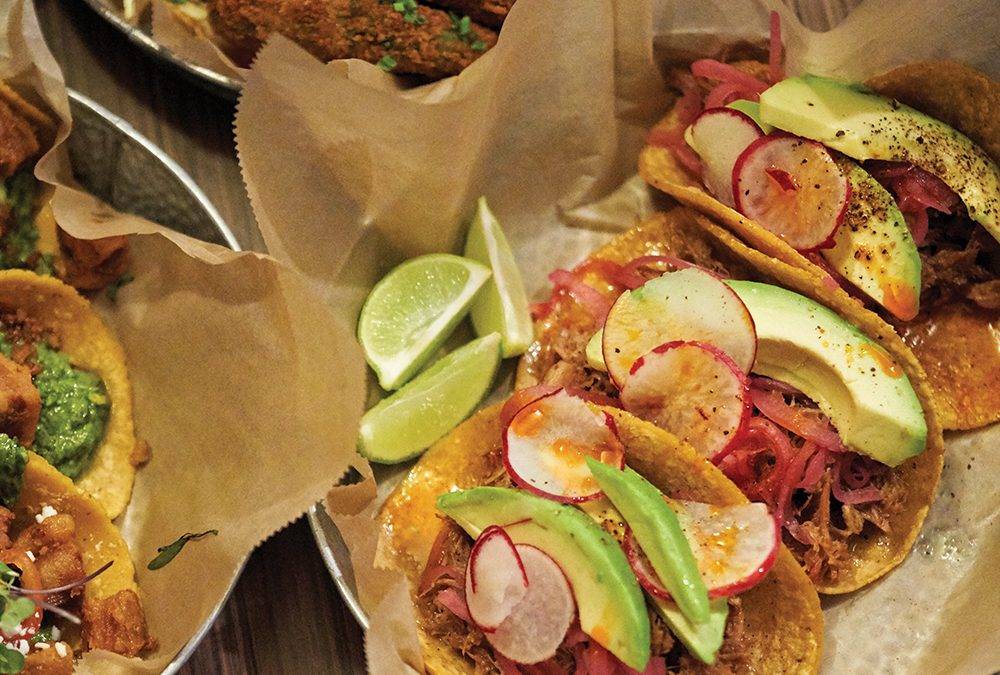 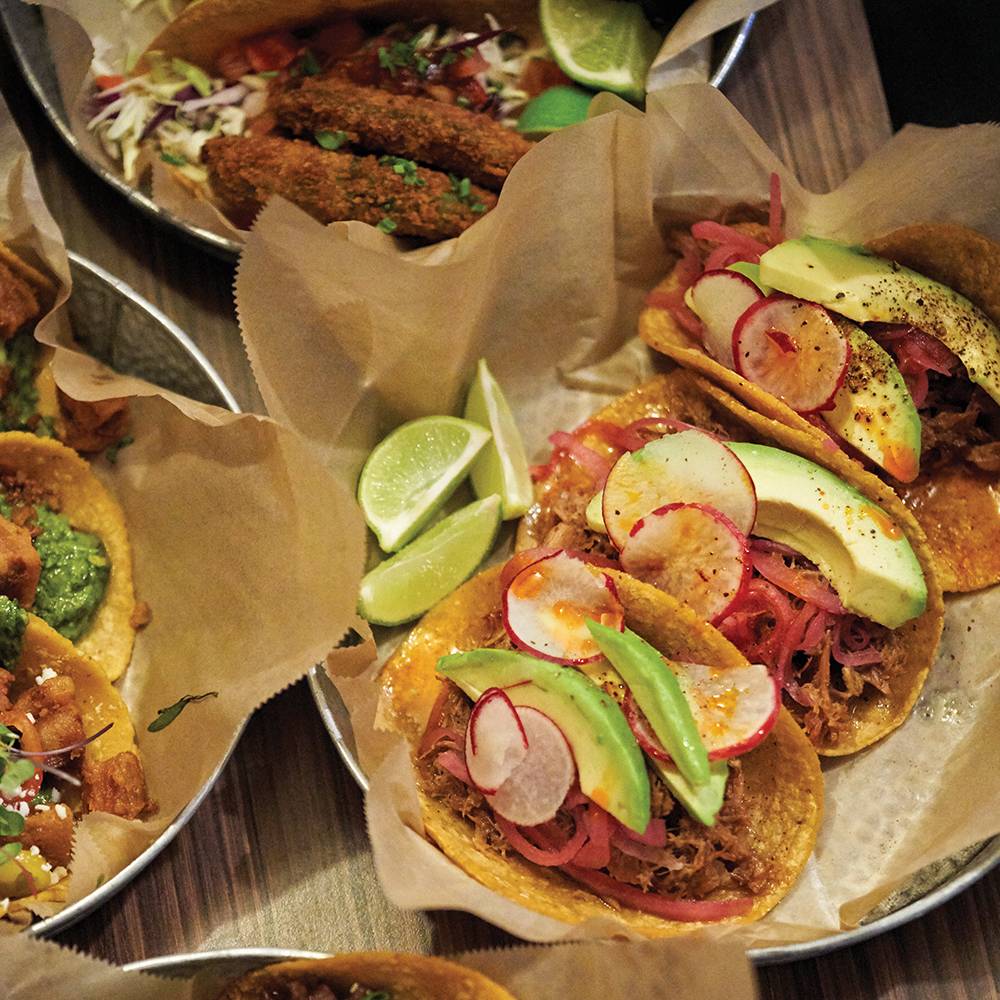 Don’t Mess with These Kickass Taquerias

Count yourself among the lucky ones if you’re nearby these cities when tacos are the only food that can satisfy.

When it comes to the munchies, pizza is generally accepted as king. But consider the humble taco.

The ideal finger food, it survives as a perfectly calibrated balance of protein and/or vegetables wrapped in something warm—maybe corn, maybe flour, maybe soft and pillowy, maybe thin and crispy.

It can go highbrow, stuffed with blackened tilapia and ribbons of organic cabbage, or lowbrow, with nubs of greasy beef and melted cheddar. Either way, the taco is a time-tested, inexpensive pleasure for the tongue and brain. And no one’s counting how many you eat.

We’ve collected our favorite taquerias in five cities—some where cannabis is legal, recreationally or medicinally, and all worth seeking out, high or low.

Why It’s Good: The exterior may look like a forgotten bail bondsman’s office, and the menu has been painted on the wall of a no-frills interior—but in this case, looks mean nothing. The tacos, $1.25 apiece and folded into blazing, soft corn tortillas, are the best in Duke City and all the better when chased with a soothing housemade agua fresca at a picnic table on the covered patio.

Why It’s Good: Albuquerque tends to shut down earlier than your grandmother, but TLC burns the midnight cooking oil until 2:30 a.m. Little more than a walk-up window in historic Nob Hill, this hole-in-the-wall butchers its own meat for snack-sized carne asada tacos layered with onion, cilantro, lime and chili de arbol. The later it gets, the longer the line, usually full of kids from the University of New Mexico, who eat standing on the sidewalk.

Why It’s Good: Ingredients at this counter-service gem lean toward coconut-braised organic Oregon black beans and wild-caught shrimp sauteed in chipotle butter, and care goes into every element (organic corn tortillas, margaritas made with fresh-squeezed limes). Check that tequila list, featuring oddballs such as Sparkle Donkey from a boutique distillery in the Mexican state of Jalisco.

Why It’s Good: With heaping tortas, deep-flavored pozole and creamy homemade horchata, this cheery family-run taqueria (with its own market/butcher shop next door) feels more Mexican than some parts of Mexico. The tacos, of course, are spot-on, be they al pastor, tripe or tongue. And a serious salsa bar amplifies, rather than obliterates, ingredients.

Why It’s Good: Once you get beyond the fresh-fried tortilla chips and housemade guacamole, Chef Ray Garcia’s artsy charmer strays pretty far afield, with creations such as bologna with escabeche. But the man’s taco game is tight. Whether in the form of fried garlic and wild mushrooms or chorizo and papas on pressed-to-order blue-corn tortillas, B.S. transcends its name. (It actually means Broken Spanish. Get your mind out of the gutter.)

Don’t Miss: The clam and lardo tacos have become an unlikely Angeleno legend.

Why It’s Good: This happy Baja California–inspired cafe/taqueria/market is nirvana for vegetarians and carnivores alike. The former tackle tacos on handmade corn tortillas lined with, say, seasonal vegetables or panko-crusted avocado, and the latter get everything from Korean-style barbecue short rib to crispy Niman Ranch pork cracklings on a smear of avocado salsa. A chili-tinged hot chocolate made with Oaxacan cocoa takes any of the above to the next level.

Why It’s Good: With its folding chairs and dirt floor, this improvised shed behind a Shell station somehow goes through 240 pounds of steak a day. The meat comes off a charcoal grill in the backyard and straight onto your charred corn tortilla, where it canoodles with pickled onions and fresh cilantro. If you don’t mind standing in a line that snakes around an air pump, El Asador is a taste of Mexico in all its glory.

Why It’s Good: The friendly staff at this ramshackle rock ‘n’ roll themed dive make beautiful music together. While the place looks like a health hazard, the double-tortilla street-style tacos are beyond legit, especially the ones stuffed with chorizo made on-site. Bonus points for vegan options and the screened-in patio.

Why It’s Good: Far from the glamour of the strip, this beloved taco truck throbs with action until 2 a.m. in the unlikeliest of places: a cramped parking lot in Chinatown. But the carne asada tacos overflow with moist, crisp beef, and the condiment bar includes nopales if you’re lucky. A speaker blasting Norteno music adds to the boozy after-hours party vibe.

Why It’s Good: A lovable mom-and-pop place where the TV is always tuned to Telemundo, Mi Pueblo thrives in a pocket of North Las Vegas with an admirable attention to detail. Yes, the menu has plenty of cheese-and-sauce-drenched offerings, but it also features showstoppers, such as the Michoacan-style carnitas tacos nestled with soft, lard-enriched fried pork.