Learn about Dogs and CBD 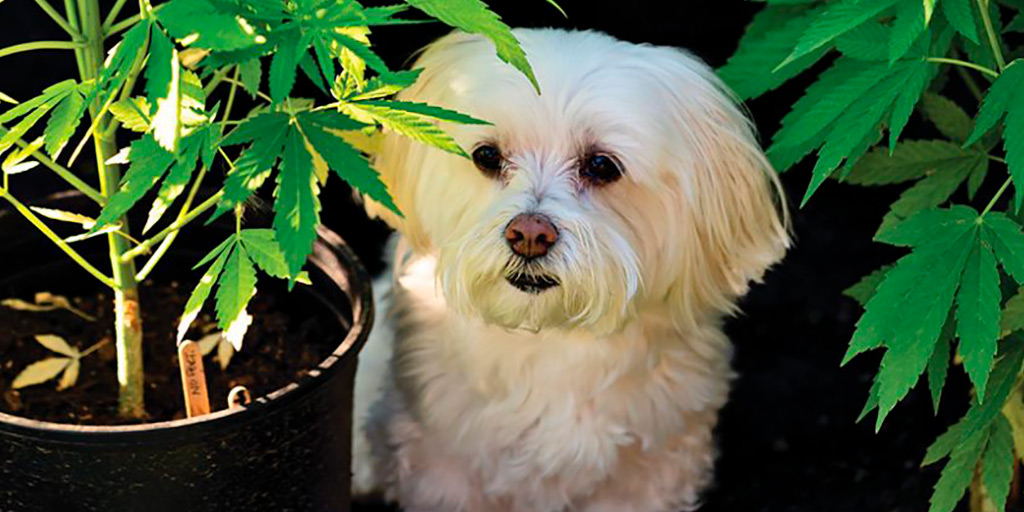 Can CBD calm the storm for canines?

Lady Amelthia, a greyhound, was so terrified of thunderstorms she would destroy her crate to escape.

“Holding her only made her claw to get away,” says her human, Jenn Boswell, director of the Alabama Greyhound Adoption Center. “A thunder shirt reduced her from 100 to 90 on the anxiety scale. Veterinary-prescribed trazodone took it down to a 50. Tried three drops of CBD oil and it went down to a 5.”

Owen, a champion show pug, loved strutting his stuff in the ring until one day a rough exam by a judge had him dreading the routine. “He got so stressed he struggled, even traveling to the shows, when he used to love it,” says owner Jess Pearson. “He would work himself up, panting so hard I was afraid it would interfere with his breathing.” Pearson, of Stillman Valley, Illinois, decided to try CBD. “One dose of the CBD oil, and he stopped breathing heavily, and relaxed, lying on a chair next to me.”

They are far from alone. There’s Bambi, another show dog with a fear of judges; Kandi Lei, Wendye, Sparky and Miles, all with a fear of thunderstorms; Rudy, with separation anxiety; Moose, petrified of truck noises—the list goes on, each comforted by CBD.

Anxiety, usually in the form of separation anxiety, noise sensitivity, shyness or general fearfulness, affects about one-third of all dogs. Signs of canine anxiety include shaking, panting, pacing, freezing, yawning, lip-licking, cowering, hiding, fleeing, urinating, defecating and, when pressed, high-pitched growling and even biting. Anxiety harms your dog’s health, your home and, especially, your ability to enjoy life together. Every day, dogs are lost or surrendered to shelters because of anxiety-related behaviors.

Canine anxiety can be due to genetic tendencies, learned through experience or triggered by ongoing events. Conventional treatments combine behavior modification and drug therapy but can be time-consuming, ineffective and come with side effects, such as sedation.

Enter CBD. Cannabinoid receptors are distributed in regions of the mammalian brain involved in fear and emotional learning. CBD attenuates responses in these parts of rodent and human brains with a corresponding drop in anxiety. The anxiety-reducing effects of CBD are well documented in rodents and humans, but “cannabis research in veterinary medicine is in its earliest stages and, in the United States, is largely limited to hemp-based CBD products only,” according to Oakland, California, holistic pet vet Dr. Gary Richter.

But Pearson and others who have tried it don’t need studies to tell them it works, as it did for Owen. “The CBD oil has given him a new quality of life.”

As always, consult your vet before treating your pets with CBD.

Caroline Coile, has a Ph.D. in psychology and neuroscience with a research interest in dog genetics, behavior and sensory systems. Her initial skepticism of CBD led to the book “Cannabis and CBD Science for Dogs.” She is working on an updated version. She owns nine dogs—eight Salukis and one mix-breed.