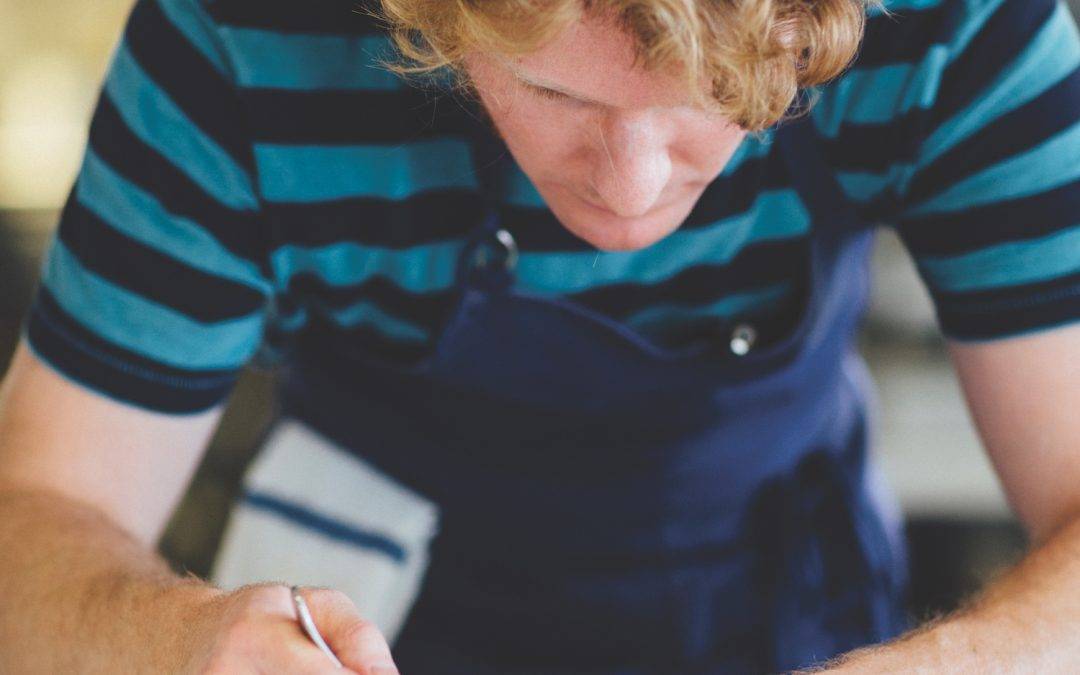 Here’s a snapshot of Michael Magallanes, who has trained at some of the country’s most renowned restaurants.

Magallanes is a thinking man’s chef, which is not surprising considering he holds a degree in philosophy. He started cooking with cannabis only a few years ago. Magallanes has made up for lost time with cold water-extracted hash and using physics and chemistry to completely alter food shapes, flavors and textures.

“After months of experimenting, sending samples to labs, I’ve come up with various methods to balance the terpenes and manage the THC levels,” he says of the achievement that’s instrumental to layering flavors. Alcohol is absent from his pop-up dinners.

“You can have a more cerebral experience with cannabis than with alcohol,” he says.

These days he’s experimenting with packaged edibles. “Higher-end confections are on the board. Later this year, we’ll hopefully launch a product.” 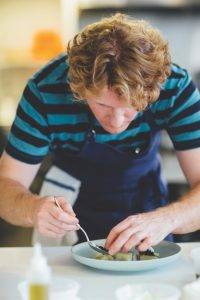