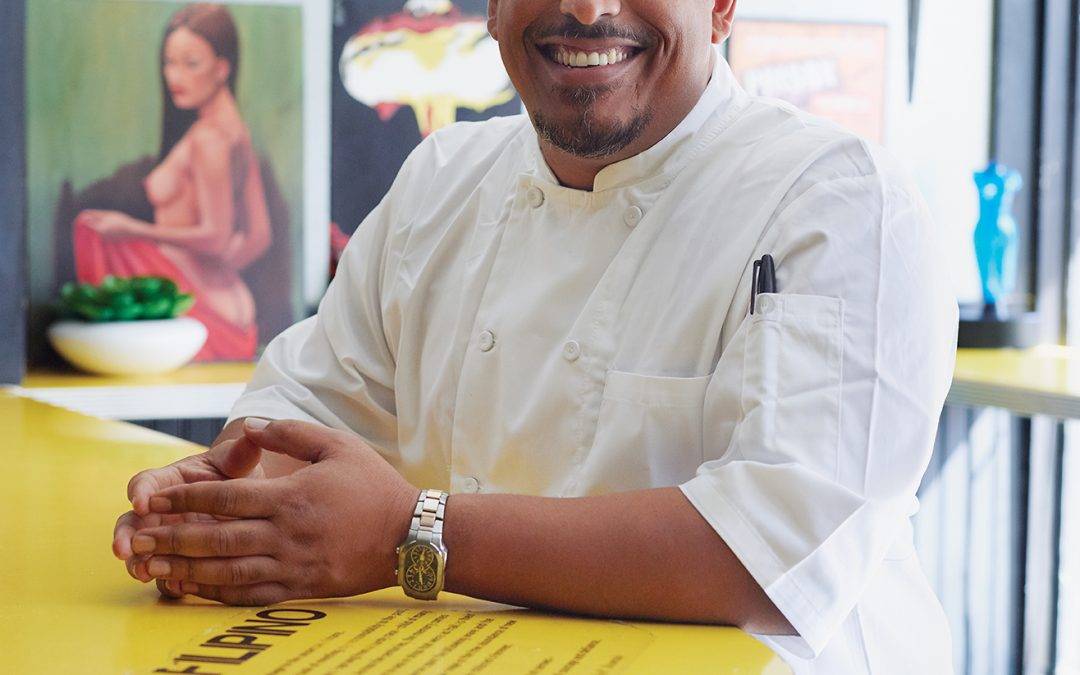 Trinidad’s aspirations for his curated cannabis dinner series is ambitious.

Within five years, he wants 99th Floor to be “the Swanson of edibles.” That’s right, Swanson; as in the pioneer of mass-produced frozen TV dinners.

“We started thinking about the medical needs of patients in chronic pain, with seizures, and so on. They need to eat, too.”

No Salisbury steak here, he says. “What we make is organic, it’s healthy and it tastes good.”

99th Floor, which hosts private dinners in Los Angeles, combines Trinidad’s award-winning Filipino cuisine with cannabis. On the cutting board?

“One of our latest discoveries came when we accidentally dropped some Sour Chem into some chocolate ice cream, which gave off cinnamon notes similar to a Mexican hot chocolate. We added a hint of cayenne and some cherry. We call it our four C’s: cannabis, cherry, cayenne and chocolate.” 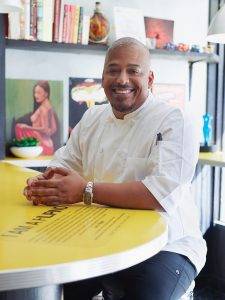 – Open Maharlika with partner Nicole Ponseca in 2011, which went over big with New Yorkers who were new to Filipino food.

– Followed up with gastropub Jeepney, which also wowed critics locally and across the country.

– Availability of strains dictate the menu. A strain’s particular flavor profile likewise determines the recipe. Like his the restaurants, dishes are inspired by the many ethnic influences in Filipino cuisine.

– His latest gig: a judge on the new season of “Bong Appetit.” This third season will feature 20 episodes.