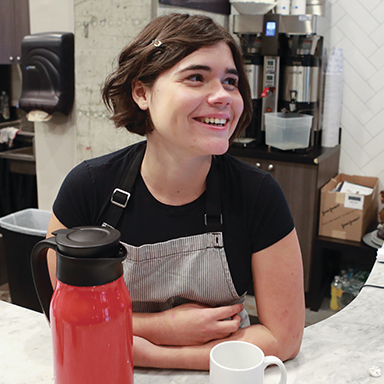 How dietary changes, fish oil and cannabis defied the doctors

If you had told me when I was in college that I’d be teaching patients and practitioners about using cannabis, I would have replied, “Are you high?” I also never would have imagined that I’d give my child cannabis to help her manage anxiety, improve focus and quell gut issues.

But here I was, a registered dietitian nutritionist, who was delivered a child with special needs. My daughter Isabella Speranza, whose name means beautiful hope, has a chromosomal duplication, one of the most common genetic disorders associated with autism.

We can sometimes express or suppress genetics by making certain lifestyle choices. Many of these choices have to do with food and nutrition, which I’ve explored on this journey known as motherhood. The journey has been scary, unpredictable, and exhausting at times. But most of all it has been enlightening.

As a baby, Isabella was not meeting developmental milestones, and was given the vague diagnosis of low tone, which is actually code for: We don’t know what’s happening. At 9 months old, she had a 10-minute grand mal seizure. I refused medication for her, standing firm until two days after her second birthday. That’s when she had a seizure that lasted 50 minutes. By age 4, Isabella was on a cocktail of medications, which featured an anti-epileptic and other drugs with side effects. She was completely unhinged, running around like a wild child, a child whose behavior was so extreme that we could not leave the house at times.

After about two years of trying all sorts of meds, I expressed concern to the doctor about Isabella’s liver. He told me that we could worry about her liver at 40; we’re dealing with her behaviors now. Not true. The meds tampered her personality. What was her personality? I am her mother. Who knows Isabella better than I? I woke and took charge.

Finding other families—which was no easy task in the dark days before the internet—became crucial. We met a tiny group of parents who had kids with developmental apraxia, children who cannot speak. A bunch of these parents had kids with epilepsy and sensory issues. Toss in an inability to make eye contact and you have a diagnosis of ASD, or autism spectrum disorder. That was Isabella. A few parents were giving their non-speaking preschoolers fish oil. I was familiar with nutritional supplements but hadn’t made the connection. Another knock over my head. Hello fish oil.

I felt like Dorothy without the red shoes, realizing that I always had the power. I woke again. I was part of her team. Not just as her mother, but as a healer.

And the flood gates opened for me. I recalled Ben Feingold, the doctor on the radio in my childhood Brooklyn, New York, kitchen who talked about food additives, salicylates and certain sugars triggering hyperactivity. That’s why I studied nutrition—to learn about the relationship between nutrition and behavior. Feingold, however, was dismissed and I put the food-mood connection aside. That was until one Halloween when Isabella had a full-on out-of-body experience, exponentially more serious than her wild-child stage. She had eaten way too much candy. The culprit was the “artificials,” also known by my kids as the “scary ingredients.” Isabella brought me back to the original reason why I chose to study nutrition. I was on a journey with my daughter without a map or GPS. Isabella was and still is my guide. She has been and continues to be my best teacher. No more candy; goodbye artificial ingredients. Hello high protein, restorative fats, low carbs and a modified ketogenic diet.

I heard the stories about how cannabis relieved seizures. But Isabella no longer needed cannabis for seizures. Food and nutrition eliminated her epilepsy. Could cannabis be useful for other issues?

CBD is regarded as a potent anti-inflammatory, so I knew cannabis could help optimize Isabella’s nutrition and gut health, and I suspected, it would help manage her anxiety, too. I didn’t expect that it would help improve her expressive language and focus. This was beyond an “aha” moment. This was a what-took-you-so-long moment.

Today, at 22, Isabella works at a cafe, training to be a barista—the same girl that a doctor claimed would never speak. I told him that he was wrong: That’s not possible, we’re Italian. To all of the doctors, teachers and therapists who only saw her disabilities and not her possibilities: Go see her in action, making cold brew and chatting up the customers.

The stuff that we called dope in college has changed my daughter’s life. Cannabis is dope for sure. 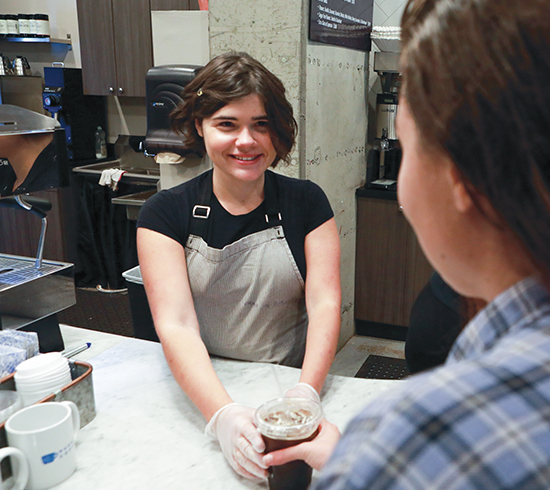