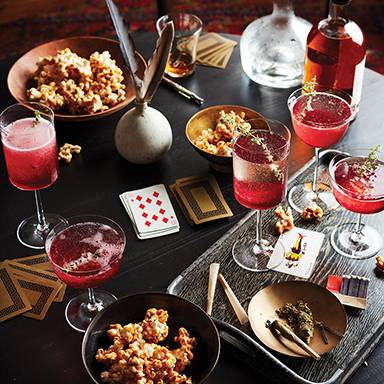 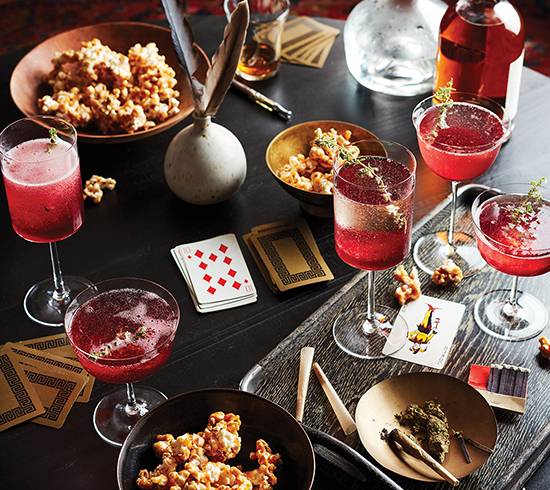 Dare someone to mock this cocktail

Let’s be honest about the mimosa. It’s not the sexiest drink in the age of craft cocktails.

But what if this brunch classic could shed its milquetoast image, nurse a hangover and provide a nutritional boost? A tincture and a fruit other than orange are all it needs.

Liz Vasquez, a Portland, Oregon based chef and cannabis educator, says mimosas are ideal for infusing.

“I love to start my brunches with a version of this cocktail,” says Vasquez, who hosts popup events. “It lays the foundation for a very comfortable brunch with or without the addition of THC.”

She’s partial to serving a mango mimosa infused with a 10 mg CBD tincture. Mangoes are high in myrcene, a terpene that’s among the most prevalent in cannabis.

It is commonly believed that the cannabinoids in weed work in tandem with terpenes to produce optimal results known as the entourage effect. According to weed lore, “eating mangos will increase, strengthen or even lengthen the euphoria of THC,” Vasquez says.

The benefits of CBD, however, are better documented for reducing inflammation and protecting against cell damage. Vasquez believes that CBD acts as a prophylactic and can reduce a hangover. Mangoes are also high in potassium and folate and are good source of fiber.

A mimosa also can be transformed with cranberries, especially during fall and winter when they are in season. This tart fruit doesn’t contain terpenes, but it is well known for urinary tract health.

Once you decide which fruit will enhance your mimosa, think about the bubbly part. Some cannabis enthusiasts shy away from mixing weed with alcohol, but Champagne and sparkling wine have a lower amount than other booze. Also, if you use a CBD-only tincture, the alcohol level becomes less of an issue.

Some say a quality Champagne isn’t necessary for a mimosa. Plenty of quality sparkling wines, such as prosecco or cava work well. In general, seek a dry or semidry bottle.

Pour the sparkling wine first, then top it off with the puree or juice followed by the tincture. Then get ready for a good morning.