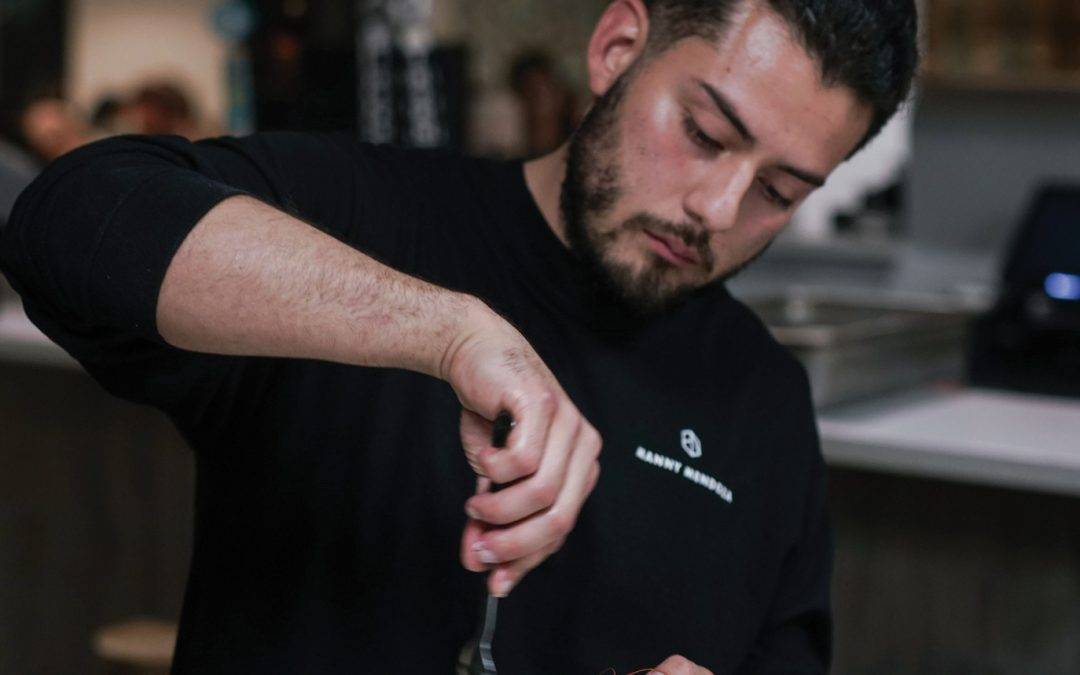 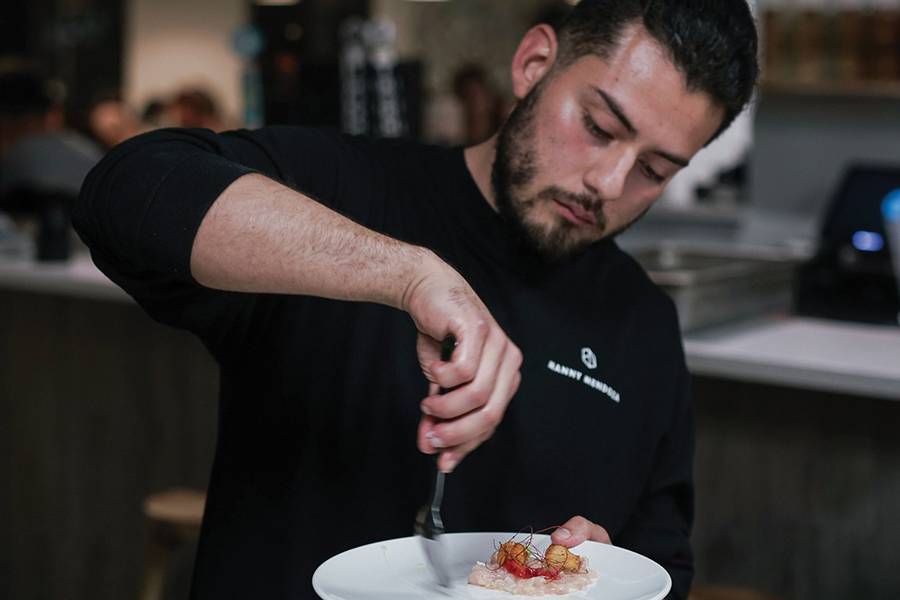 Pop Goes the Pop Up

Cannabis dinners have emerged from the underground. And they’re easy to find

Sometimes it’s easy to forget that cannabis is an herb just like rosemary or thyme. As this medicinal wonder plant moves from the shadows of the black market to the spotlight of the mainstream, chefs are reclaiming its rightful place in the culinary arena, utilizing its powers in the form of the gourmet infused dinner.

Cannabis supper clubs and stand-alone pop-up dinners have been sprouting around the country in increasing numbers as the cannabis movement continues to grow toward social acceptance.

With the goal of destigmatizing cannabis and providing a new twist on the night out, the events range from smaller gatherings of a dozen diners to crowds of 100 people hosted on private property. These multicourse meals are preticketed and prepared by classically trained chefs who have worked at fine-dining restaurants. Some chefs work with the terpenes (aromatic oils) in cannabis like any other ingredient, while others prefer to leave out the flavor of weed. The courses might be paired with wine or smoking flower selected to play off the flavors of a dish.

The overall amount of weed, however, is controlled. The dinners are typically announced on social media and in traditional media outlets if they are novel to the community. Sometimes the locations aren’t announced until just before the scheduled date to avoid hassles from law enforcement, even in cities where weed is legal for medicinal use. On-site cannabis card verification is typically required in those states. California, given its culinary proclivity, seems to offer the greatest selection, especially now that cannabis is available to the general public at retail.

For upcoming dinners, keep tabs on these chefs pioneering the cannabis gourmet wave.

A Chicago native working between his hometown and San Diego, Mendoza is a chef on a mission.

“I’m spreading my message about cannabis, which is centered on the education, wellness and social-responsibility aspects of the plant,” he says. “When I cook for people, I want to teach them about the plant, about CBD and other nonpsychoactive compounds, the antioxidants, the benefits of hemp, thereby destigmatizing it.”

After attending the Culinary Institute of America and working in restaurants around New York, San Diego and Chicago, Mendoza moved to California and started Herbal Notes, a supper club specializing in cannabis-infused meals. As soon as the legal environment allowed him to host a dinner in Chicago, Mendoza returned home to spread his gospel.

“The cannabis industry is about more than getting high now. We have a responsibility to prove to older generations and younger generations that this is not going to mess your life up; it can actually improve your life and improve the lives of others.”

“I’ve always been a proponent of legalization,” says Chris Lanter, head chef and part owner of Cache Cache Bistro, a gourmet staple amongst the elite in Aspen, Colorado. “But the difference in how I used to cook with cannabis and how I do it now is the science of microdosing.”

Lanter hosts infused dinners inspired by the country French menu at the bistro. Through the years, Lanter has focused his craft on the art of not getting guests too high.

“Like a lot of cooks, I’m a longtime cannabis enthusiast,” says Leather Storrs, one of the premiere cannabis pop-up chefs in Portland, Oregon. “I did my first pop-up dinner under the heading of ‘Kitchen Chronicles.’ It was organized by a grower and party-thrower friend of mine. Now, I’ve done about six or seven dinners for maybe 15 to 70 people.”

Storrs, head chef at Noble Rot wine bar in Portland, is known for his creative, tongue-in-cheek take on infused cannabis dinners. In his signature “Bowl of Stems and Seeds with a Bag of Greens” dish, he grills kale and chard stems and toasts hemp seeds, while the leaves are cooked in infused foie gras fat.

Dosed at 5 mg, the leaves are sealed in a bag, opened tableside and combined with the stems and seeds.

“The thing that distinguishes me from other cooks is my insistence on cooking from the ground up, which is to say, everything that I make starts with flower. I am not a fan of butane concentrates, and I feel like not only is there an off flavor present in those super-potent concentrates, I feel like its cheating. As a chef, you need to work within the constraints of the ingredients. I only use flower when I do my meals because I believe people deserve that. It’s part of the process.”

“Our mission is to normalize the use of cannabis as an everyday essential,” says “Hawaii” Mike, a cannabis/food enthusiast who started Chef for Higher, a membership-based supper club hosting infused dinner parties in New York City and across the country.

Shying away from the chef label, Mike sees food and cannabis as the common denominators among humans, with food as a vehicle to make cannabis socially acceptable.

“We just happen to use food, which, like cannabis, is an everyday essential, to convey our message. Most chefs’ approach is to show that they’re cooking with cannabis, to make that overtly recognizable. If you come to one of our events, you wouldn’t know. We want it to feel normal, like this is just another ingredient that we cook with. It’s kind of comparable to, say, you went to an Asian restaurant and there are different levels of spice. Same with us, what level do you want, one through 10? How do you want to feel?”

Mike, who’s hosted over 60 events in the last 29 months, ranging from 15 to 70 guests, hopes people walk away thinking, “This was an incredible experience, the effects were great, and I met interesting people. I would definitely do it again.”