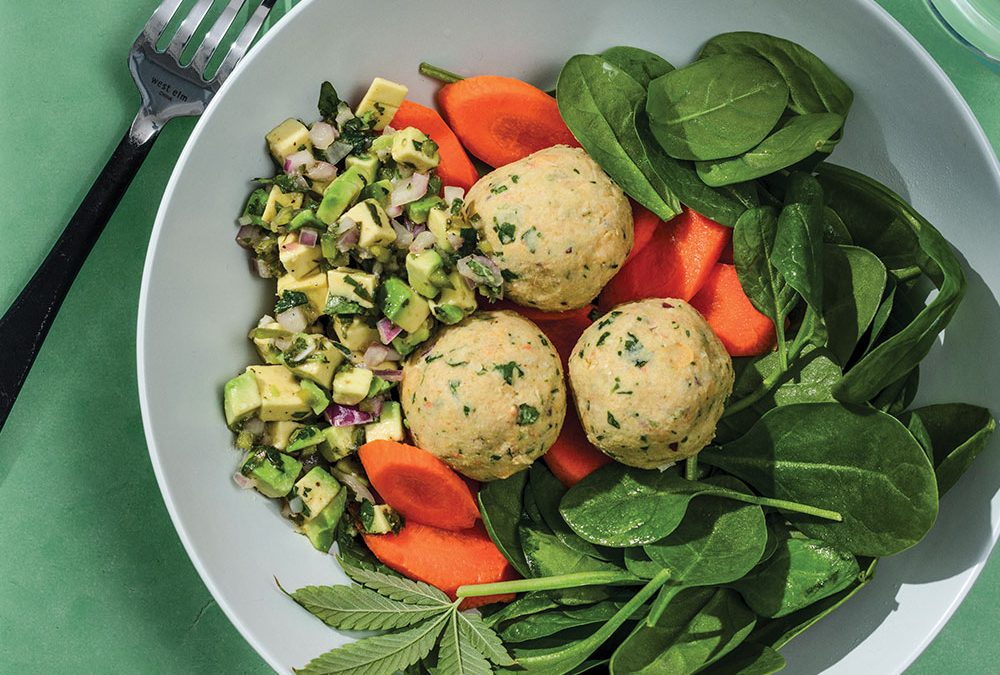 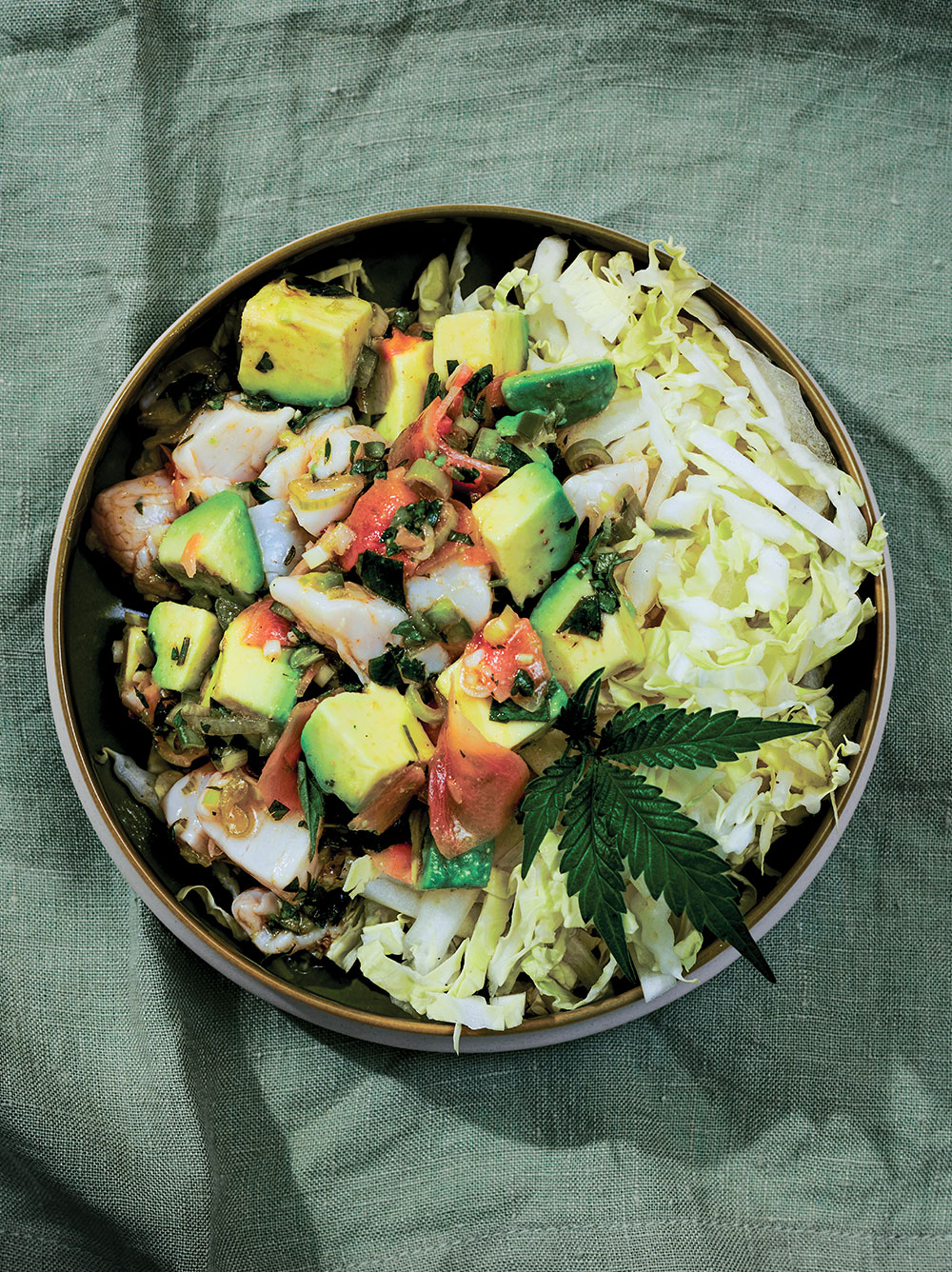 Some researchers say raw cannabis will eventually achieve superfood status, along with broccoli, spinach, kale and blueberries. Until then, if raw is your thing, just feel good about eating it. Anything more is a bonus.

Seize the benefits of uncooked food and cannabis

Uncooked or barely cooked fruits, seafood, meat or vegetables can be more nutritious than their processed counterparts. And there’s also the flavor factor: Raw food expresses its true flavor.

It stands to reason that a medicinal powerhouse such as cannabis would also pack a nutritional wallop. While raw weed has no psychoactive effects, it’s rich in cannabinoids—specifically THCa and CBDa—known for their anti-inflammatory properties.

While the health benefits are not definitive, it hasn’t stopped anyone from tossing the leaves into salads or blending them into morning smoothies.

The leaves can be used as a seasoning; the terpenes in cannabis are responsible for the plant’s aroma. Depending on the strain, they include pinene, a piney flavor like rosemary and limonene, the lemony taste that complements so many raw foods, especially shellfish. Cannabis in raw broccoli soup with cashew cream adds to its earthiness while it provides dimension to raw scallops with pickled ginger, avocado and jalapeno.

Depending on the application, less is more. The leaves can be bitter; a shot of juiced cannabis isn’t likely to go down easy. So think of the leaves as an ingredient appreciated for its bitterness, such as escarole or rapini.

Understand, however, that raw dishes can come with risks. Raw dairy, such as milk and cheese, are beloved for their unique flavors but susceptible to bacterial growth if not handled properly, much like raw eggs, meat or fish.

Risk can be mitigated through other ingredients such as acidic citrus tossed with raw fish. Raw foods, however, are not recommended for children, the elderly, pregnant women, or people with kidney issues, or compromised or immature immune systems.

Some researchers say raw cannabis will eventually achieve superfood status, along with broccoli, spinach, kale and blueberries. Until then, if raw is your thing, just feel good about eating it. Anything more is a bonus.

What We Know about Eating Raw Cannabis

The Raw Deal What’s unknown about the unprocessed plant (probably) can’t hurt you. Research raw cannabis and you’ll turn up plenty of claims of its powers to boost nutrition, relieve pain and reduce inflammation. But is the raw plant truly a...
Read More