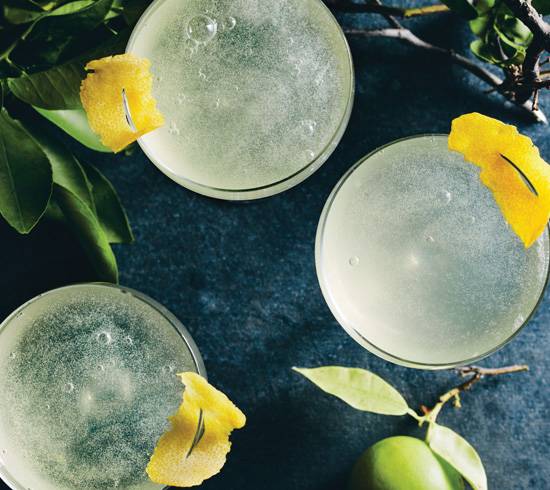 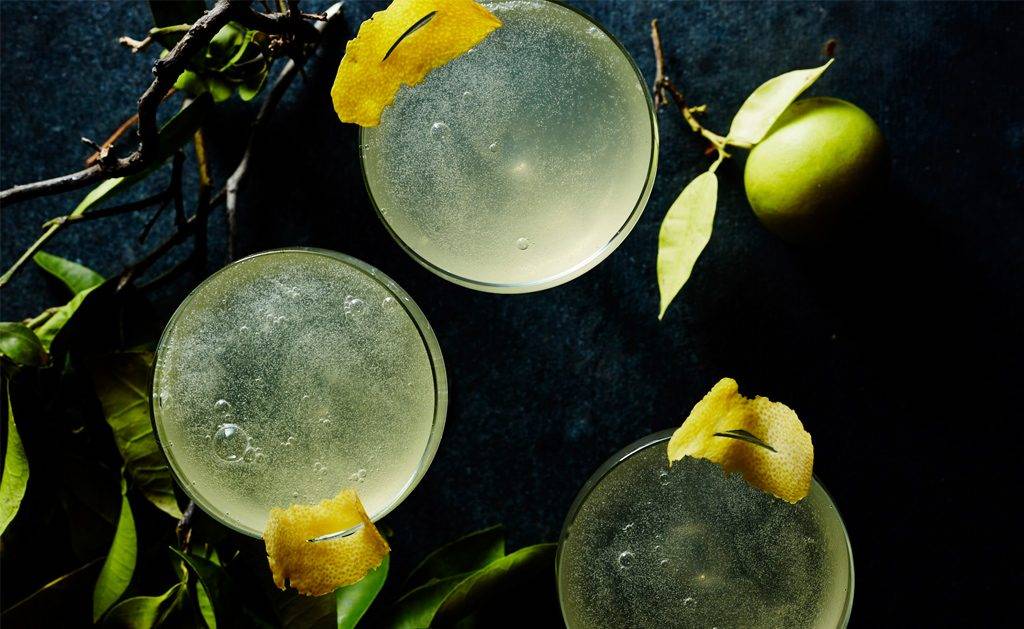 Get Your Mood On

Think about the moment when your bartender twists that narrow strip of lemon or orange peel to garnish your cocktail. A tiny spritz of citrus oil bursts into the air, releasing the fruit’s aroma and brightening your mood. You’re experiencing not only the anticipation of the drink but also the effect of terpenes. Terpenes are the essential oils of plants, responsible for their unique aromas and flavors. Just as basil, citrus and lavender get their distinctive qualities from these organic compounds, so does cannabis. Lemon Haze smells citrusy because it contains the terpene limonene, which is also found in lemons, and other citrus fruits. “Over 100 different terpenes have been identified in the cannabis plant,” says John Korkidis, who creates cannabis cocktail recipes for his Chron Vivant website and private events. “Perfumists have been using compound terpenes for decades, and it’s only recently that consumers have discovered their existence and importance.” They’ve been embraced by mixologists, who use them to create complex aroma and flavor profiles in cocktails. “Terpenes allow me to add the nose of cannabis or combine it with other herbal ingredients,” Korkidis says. “I like to use them more as a mood enhancer or an aromatic, similar to how you might garnish a beverage.” Terpenes contain no THC, but they still can affect your state of mind—much like using essential oils in aromatherapy, Korkidis says. Limonene is a mood booster, for example, and linalool (also found in lavender) promotes relaxation. “We’ve had terpene cocktails on our menu since day one,” says Dave Whitton, a self-professed terpene devotee and owner of Prank in Los Angeles. The excitement of using terpenes to create fun flavor profiles is heightened by his belief that they also offer health benefits. “Terpenes are where the majority of the health benefits lie.” Some, like pinene, are considered anti-inflammatory, while caryophyllene is said to reduce anxiety. Whitton and Korkidis use cannabis-derived terpenes as well as steam-distilled ones from other plants, which are easier to find, less expensive (starting at around $14 per ounce) and have the same aroma and flavor profiles. Whitton works with a laboratory to create proprietary distillates, but similar, federally legal products are available online from companies such as True Terpenes and Terpene Botanicals.

For citrus-based cocktails, Whitton gravitates toward particular terpenes. His favorites are limonene, for its uplifting mood effects and orangey flower flavor profile, and pinene, for its pine and spearmint notes. “Pinene works extraordinarily well with lime,” he says. “It creates really beautiful margaritas and mojitos.” One of Prank’s latest seasonal cocktails, the Lazy Daisy, combines pink grapefruit, herbal gin, chamomile syrup and humulene, which has a hoppy profile. The terpene adds body to the drink, Whitton says, while softening the citrus. Korkidis is partial to limonene and linalool, especially for cocktails involving orange and lemon. With lime juice and tequila, “you could use these to do a great version of a paloma,” he says. For a Meyer lemon cocktail, he recommends combining limonene with a light agave sweetener and a complex botanical gin. Blood orange is another great citrus option, paired with an herbaceous terpene such as pinene.

Adding terpenes to cocktails requires a light touch—otherwise, you could end up with something undrinkable. “Because the flavors and aromas in terpenes are so potent, they should be used sparingly,” Whitton advises. “One drop goes an extraordinarily long way.” Korkidis recommends using less than 0.25 ml for a single drink. “Since terpene concentrations and ratios can vary by supplier, it’s always advised to follow the manufacturer’s instructions explicitly,” he says. Whitton typically dilutes terpenes 3-to-1 or 4-to-1 with water or tea (the terpene is the lesser part of the ratio), depending on the cocktail he’s making. “It’s really important to understand that this is something that needs to be diluted,” he says. “That’s why terpenes work so well in cocktails—they’re great blenders.”

Understanding the aroma and taste of terpenes can make you a true cannasseur. Pinpoint the strain through terpenes to address specific conditions. Then pair them with food with similar naturally occurring terpenes. 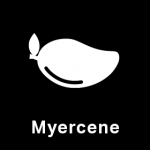 This terpene is the most common in cannabis. Myrcene’s chemical composition allows its effects to kick in faster than other terpenes.  The presence of .5 percent myrcene or higher points to sedating effects. Myrcene causes  “couch lock,” the desire to stay put, relax and chill. 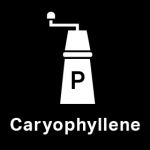 One of the hardest terpenes to pronounce, caryophyllene (car-ee-o-fil-lene) has a wonderfully spicy, woodsy, peppery profile. It’s also valued for improving overall mood. Some research suggests it can also boost metabolism. 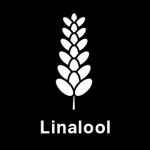 This terpene has notes of spice and citrus, but the most prominent aroma is lavender.  Linalool is the base oil for commercial fragrances, including perfumes and deodorants. Linalool-heavy strains can provide more mellow, sedating relief than limonene. 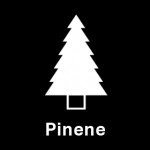 Considered one of the most significant terpenes, pinene is found in over 200 cannabis strains.  It is present in several herbs, such as rosemary, basil, dill, and parsley. Pinene is credited with increasing clarity and focus, improving memory, increasing lung capacity, and mitigating the discomfort of too much THC. This terpene has two varieties: alpha produces the scent of pine and rosemary, while the less pungent beta offers aromas of dill and parsley. 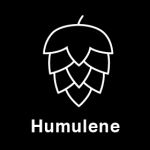 Naturally occurring in hops, clove, basil and, of course, cannabis, this terpene has an unusual characteristic. Humulene is what gives beer its “hoppy” taste. Rather than being an appetite enhancer, humulene, like THCV, is an appetite suppressant. Humulene video recipe: Medicated Lime Curry Chickpea Salad 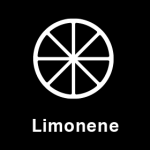 Limonene, a terpene with a heavy citrus aroma, has properties that work in concert with other terpenes and cannabinoids by improving their absorption through the skin, mucous membranes and the digestive system. This terpene naturally enhancer mood and relieves stress. It purportedly attacks and impedes the spread of cancer cells as well as aids in the regeneration of cells. 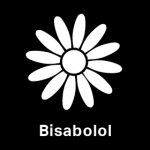 Like linalool, this terpene is often used in skincare products. Its unique properties work to soothe and protect the skin against harmful environmental irritants. Bisabolol is responsible for all the soothing effects of chamomile.

Most terpenes can be lost during decarboxylation, the process of heating cannabis to activate THC and other cannabinoids. To truly appreciate the layers of flavors in cannabis, try vaping it while eating food containing the same naturally occurring terpenes. By Tina Caputo For Paper Doll Mocktail recipe, click here.