Turning the Frown Upside Down 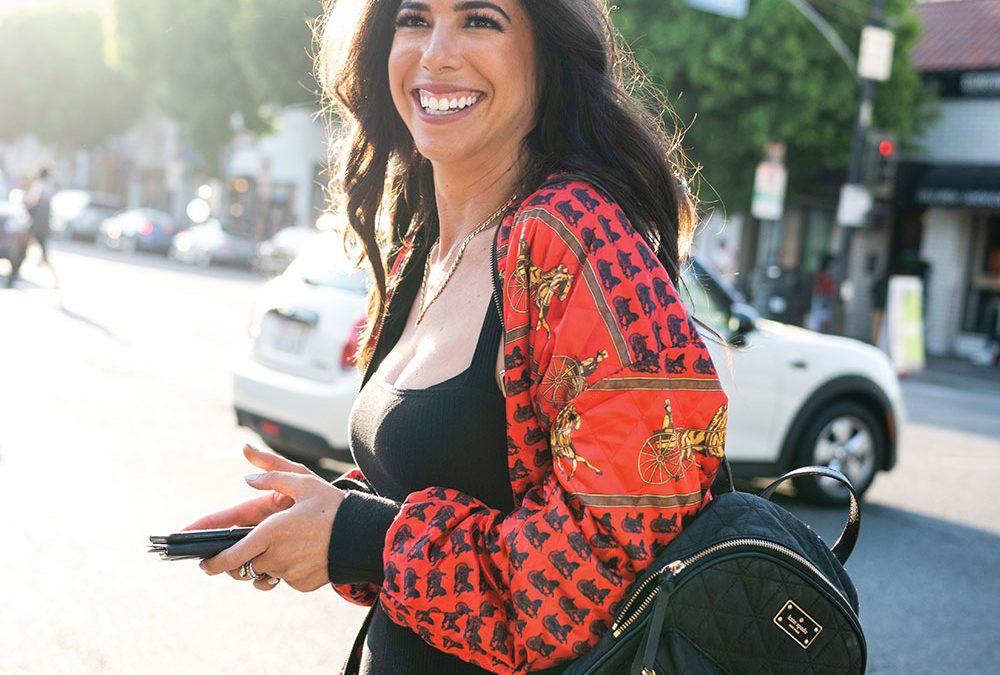 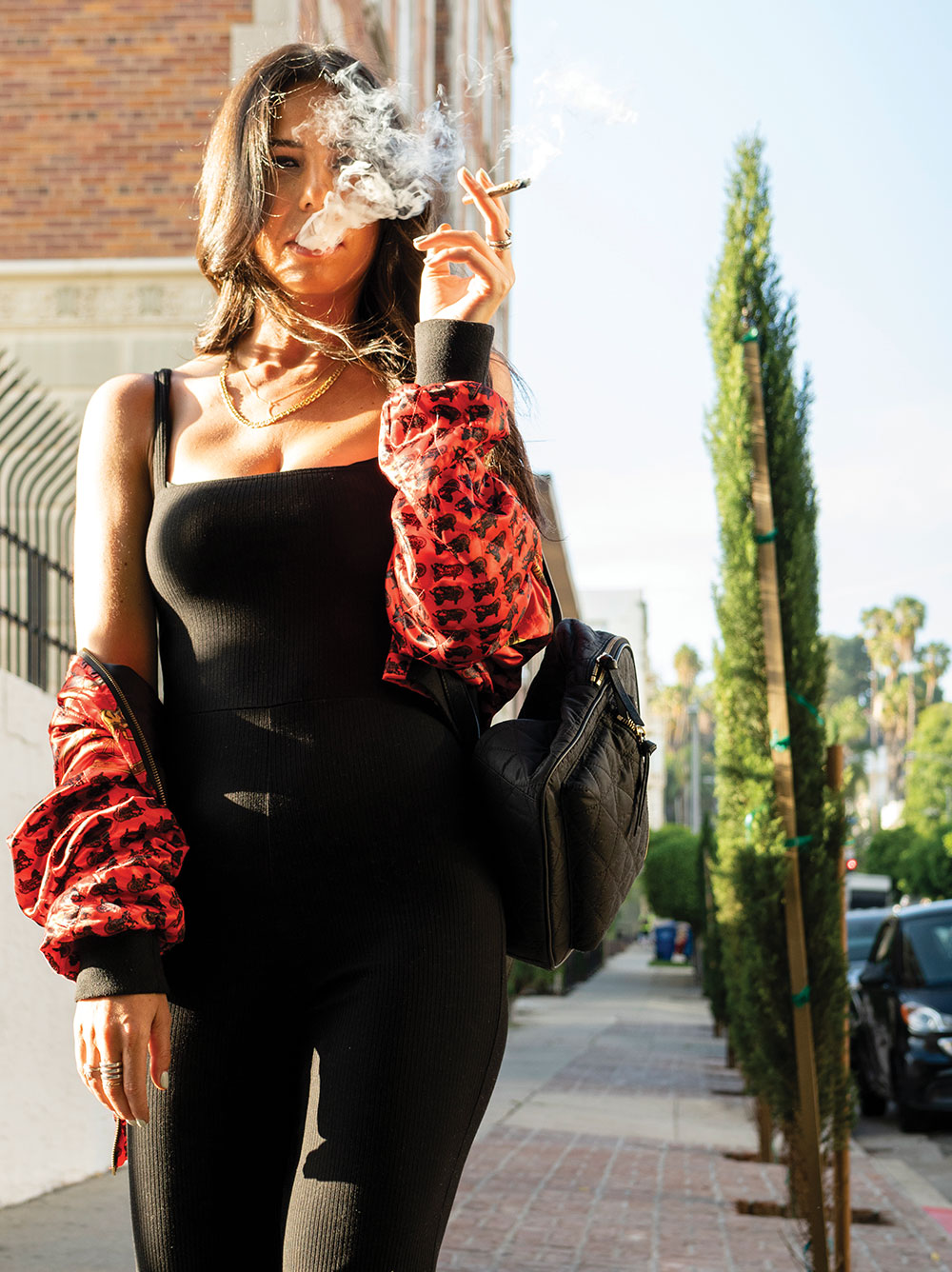 “Cannabis is a personal journey—it shares that with mental health,” she says. “Neither is a destination, and I’m not saying I’ve reached mine. But by sharing my story, I hope I’m advancing the conversation about how cannabis can help others dealing with depression.”

Turning the Frown Upside Down

With a comedy career born from social media marijuana memes, Wolfson—aka “Wolfie”—is 21st century funny. She taught herself Photoshop while working a 9-to-five marketing job and launched @wolfiememes in 2016, an Instagram account capturing millennial marijuana culture. With more than 57,000 followers, Wolfson transitioned her jokes from Instagram to the stage in a stand-up comedy routine that dives into her personal life, mental health and personal relationship with cannabis.

But nothing is funny about the laundry list of prescriptions she reels off when she recounts her struggle, which started at 12 with a diagnosis of bipolar disorder and a prescription for lithium. She finished high school on a cocktail of pills while “on lockdown” in a therapeutic boarding school.

“I tried them all,” she says. “They made me feel worse. They weren’t fixing anything.”

Throughout her teens, the pills caused weight gain, insomnia and increased her anxiety. “My mom took me to Weight Watchers,” she recalls. “I was the youngest one there.”

Then, while enrolled in college in Vermont, a friend passed 19-year-old Wolfson a bowl and she “fell in love.” She quickly became a regular cannabis smoker, and the relief it provided her from anxiety and depression caused her to question her diagnosis-—and the role of pharmaceuticals in her life.

Today, the 32-year-old cannabis comedian has been off prescriptions for eight years, balancing her health with cannabis and therapy.

“Cannabis is a personal journey—it shares that with mental health,” she says. “Neither is a destination, and I’m not saying I’ve reached mine. But by sharing my story, I hope I’m advancing the conversation about how cannabis can help others dealing with depression.”

The number of Americans treating their depression symptoms in full or in part with cannabis remains largely unknown. Data is difficult to come by: Only two of the 33 U.S. states, districts and territories that permit medical marijuana use currently recognize anxiety as a qualifying condition, and none recognize depression.

Another factor holding back the conversation is the sheer scope of depression in America. The National Institute of Mental Health data show that 17.3 million adults—7.1 percent of the adult population—have experienced a major depressive episode in 2017. During that time, an estimated 11 million adults—4.5 percent of the adult population—had at least one major depressive episode with severe impairment, according to NIMH data.

Cannabis often enters the conversation between patients and doctors as a last ditch depression treatment when all others have come up short, says Lynn Bornfriend, a doctor in forensic and adolescent psychiatry at the Cancer Treatment Centers of America in Philadelphia. But in her experience, many depression patients would benefit from discussing cannabis as an option with their doctors.

“Used correctly, cannabis has the ability to address symptoms that are underlying causes of depression—anxiety, stress, pain, inflammation, insomnia, nausea and more,” she says.

Bornfriend, who says her views on cannabis are based on her own experience, and not those of CTCA, says she hasn’t always viewed cannabis as medicine. In fact, until 2014 she was rigidly opposed to it.

Her opinion started to shift after a common experience among her baby boomer cohort: caring for a sick parent. When her 84-year-old mother was diagnosed with cancer in 2014, Bornfriend watched her quality of life decline not because of the cancer, but because she was starving; chemotherapy resulted in nausea, cramping and irritable bowel syndrome. Her “hippie sister” gave their mother a cannabis candy, and within hours she was sitting up, eating and talking with her daughters.

After witnessing how cannabis improved her mother’s quality of life in her final days, Bornfriend embarked on her own quest to better understand how the plant could help patients. 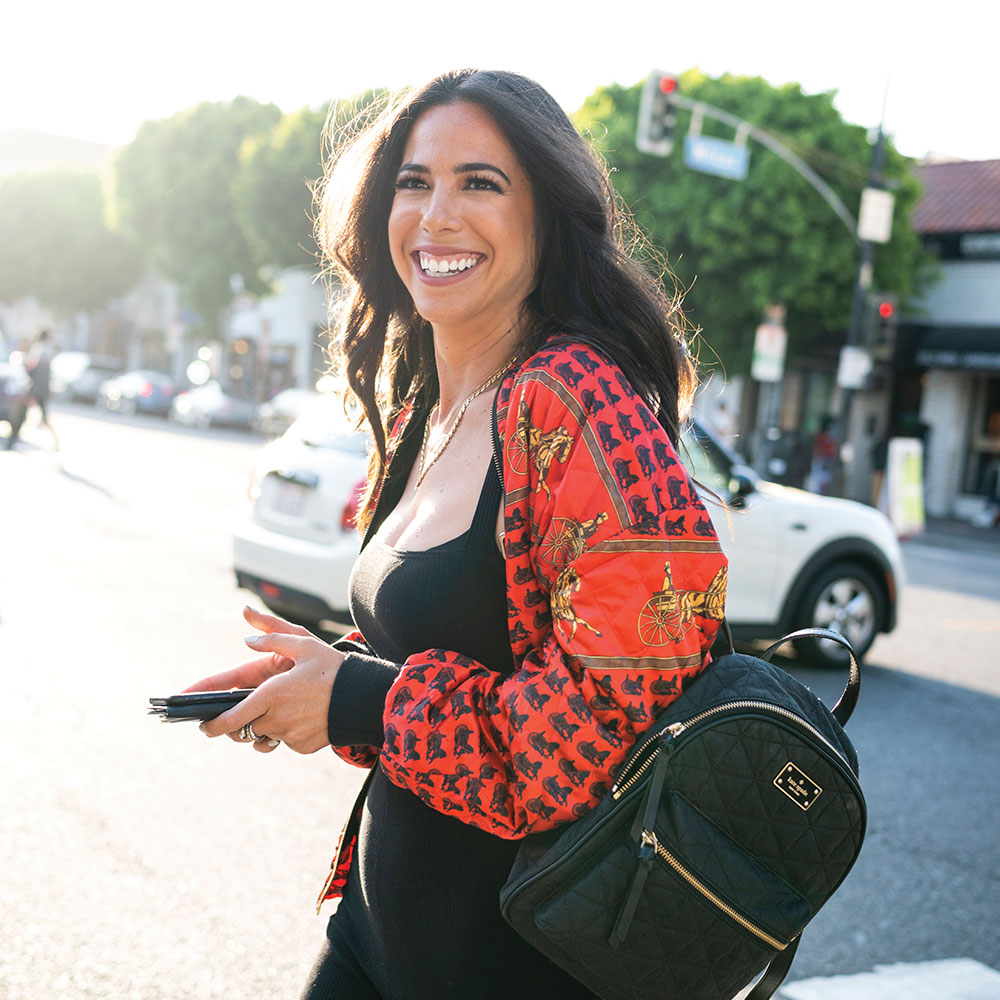 Today, she is as vehement in her belief in cannabis as medicine as she was against it five years ago. When she discusses cannabis with her colleagues, she often hears objections to it based on the lack of clinical studies.

“It’s true we don’t have a double-blind study with cannabis,” she says. “But we do know what happens when we prescribe a benzodiazepine on top of an opioid. Why not try cannabis instead of that benzo?”

While the paucity of clinical research on cannabis to treat depression holds many doctors back from recommending it, researchers are shining a light on its prevalence and efficacy by applying advanced statistical modeling to decidedly 21st century data.

Washington State University cognitive psychologist Carrie Cuttler teamed up with Seattle’s Center for the Study of Cannabis and Social Policy to administer an anonymous online survey to 1,429 dispensary customers. The results, published in Cannabis and Cannabinoid Research in June 2016, found that depression was the third most frequent condition for which respondents used cannabis (50.3 percent), behind pain (61.2 percent) and anxiety (58.1 percent).

Cuttler followed up those findings with a study that applied multilevel statistical modeling to data provided by the Strainprint app, which allows Canadian medical cannabis users to track changes in symptoms based on different doses and types of cannabis they consume. The findings, published in the Journal of Affective Disorders in August 2018, suggest that smoking or vaping cannabis significantly reduced short-term levels of depression, anxiety and stress but may exacerbate overall depression symptoms in the long-term.

The study is among the first attempts to assess how cannabis with varying concentrations and combinations of THC and CBD affect medical users’ feelings, Cuttler says. It’s also groundbreaking because of its “ecological validity”—it analyzed data from real-world cannabis use.

“There just isn’t much research on the effects of cannabis on depression, anxiety and stress, and what research is available was largely conducted in laboratories with orally administered THC pills,” she says. “The big strength of this study is that the data is reported by real people using cannabis in their own homes.”

“The findings suggest that cannabis can be a Band-Aid to mask symptoms and provide temporary reprieve for a short period of time but that habitual use may make depression symptoms worse over time,” Cuttler says.

The current research on the efficacy of cannabis as a treatment for depression and anxiety is all over the map, says Dr. Jordan Tishler founder of Massachusetts cannabis medical practice Inhale MD. The varying results stem in part from the fact that researchers lack the ability to control for dose administered.

Go With the Gut

But patients—and budtenders—must move past the loosey-goosey approach to dosing.

For instance, what the marijuana zeitgeist considers a microdose (5 mg of THC), Tishler considers a full dose for many patients.

As for how that dose is administered—whether inhaled or consumed in an edible—Tishler says his recommendations depend on the patient and their symptoms. Generally, edibles are the wrong approach for acute or episodic conditions such as migraines or insomnia. On the other hand, they can treat chronic conditions such as neuropathic pain because of the way in which the liver converts the phytocannabinoid Delta-9-THC into 11-hydroxy-THC, a metabolic derivative of THC known to produce longer and more intense highs.

But a major caveat for Tishler when it comes to recommending edibles are the generally unhealthy products on offer in dispensaries.

“If inhalation isn’t the right vehicle, we can’t just say have a cupcake,” he says.

Many of the patients she treats for depression also are dealing with constipation, diarrhea, leaky gut syndrome or other gastrointestinal maladies, she says. The discomfort doesn’t just cause pain and stress that can trigger depression, it also can facilitate the psychological symptoms of depression.

CBD is a known digestive aid, she says. It also down regulates chemicals that cause leaky gut syndrome while upregulating production of claudin, a family of proteins that keep those gastrointestinal cells “zipped up.”

When consumed with the right fat, cannabinoids ping-pong between the digestive system to the blood stream, leading to multiple peaks and troughs for better balance of the endocannabinoid system, which Van describes as our “homeostasis regulator.” Ingesting cannabinoids can also increase gamma-aminobutyric acid, which relieves anxiety.

The concept that food—including cannabis—can be medicine is both ancient and modern, says Robyn Griggs Lawrence, natural health and cannabis expert and author of “The Cannabis Kitchen Cookbook” and “Pot in Pans: A History of Eating Weed.”

The key to incorporating cannabis into a healthy diet is respect for the plant, personalization and patience,she says.

“When it comes to cannabis and depression, there isn’t very much science, but we know enough not to hurry people with it.”

It starts with using the whole plant to get the full cannabinoid and terpene profile, she says. Cannabis should be infused into organic extra-virgin olive oil, which Griggs Lawrence believes should be the primary dietary fat.

Griggs Lawrence recommends infusing a batch of oil and trying a drop or two to see what happens and then documenting those findings in a journal. Repeat the process until a comfortable and effective dose is reached. Freeze the oil in those doses so you can incorporate it into foods as needed.

Other foods that can help mental health are longtime staples of the human diet: fermented foods such as kimchi, kombucha and miso for probiotics; cruciferous vegetables such as kale and cauliflower for roughage and fiber; legumes, seeds and nuts add zinc; and black chia seeds for omega-3 fatty acids.

Just like cannabis, approach your diet with intention and attention to how food makes you feel, she says.

“The act of taking control of your diet can be healing in itself.”

As for Rachel Wolfson, she continues to smoke and joke. She realized that laughter is indeed the best medicine when she fully embraced cannabis’ role in her life.

“Comedy was waiting for me.” She knows that her path to balance won’t work for everybody, but she’s on Instagram, Twitter and the stage—to talk about it.

“My goal is to change the conversation about cannabis by being myself.”