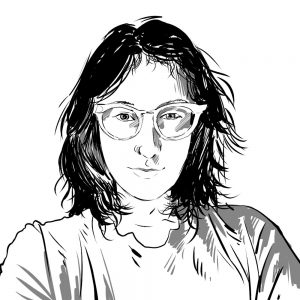 A pastry chef’s discoveries lead to satisfying both

About 30 kids from Margaux Muller’s Florida high school showed up for the sleepover. Her parents were out of town and somebody made a big batch of cannabutter that went into box brownies sprinkled with Funfetti. They played Nintendo, watched “Willy Wonka & the Chocolate Factory” and passed out in different rooms all over the house. By morning, the snack cabinet had been cleared out.

The party now lives in legend, but it led Muller down a path. She’d grown up at her mother’s side, baking her namesake grandmother’s recipes. Chocolate chip banana bread, muffins, cobbler and challah led her to culinary school, where she earned a degree in international pastry arts. While immersed in custards, sugar sculptures and pate a choux, she staved off a nagging dairy intolerance with lactose inhibitors before every meal.

Meanwhile, her teenage dalliance with edibles had evolved into a dependable treatment for anxiety and sleeplessness, and a cause to fight for when she got involved in the local chapter of the National Organization for the Reform of Marijuana Laws (NORML); a cause that nonetheless seemed lost. “It felt so restrictive,” she says. “I wanted to go somewhere where I would be accepted for partaking in something I knew was medicine.”

Frustration inspired a move to Portland, Oregon, where a greater awareness of her own health issues led to a complete restructuring of her diet. After a visit to a naturopathic doctor, she learned she was also allergic to meat and eggs, and suffered from polycystic ovarian syndrome, a hormonal disorder that caused her severe menstrual cramps and sciatic back pain.

Cannabis provided relief for those symptoms, but she had to learn new skills to practice her craft. “I was really frustrated because I only knew how to make recipes with eggs and dairy.” Fortunately, Portland has no shortage of vegan and gluten-free bakeries to find experience. “I was like, ‘this is where I need to be. These are my people.’”

After nearly four years learning a new approach to pastry, she was ready to make her own mark. “I really loved what I was doing, but I hated waking up at 4 a.m. to work for someone else.” In 2015, she opened Best Friend, a coffee cart specializing in juices, smoothies and her own line of raw, vegan treats, free from gluten, dairy, soy and refined sugar.

Muller had come to view food as medicine, and on her own, she began targeting her specific symptoms with herbs like damiana, ashwagandha and, more recently, cannabis, choosing different strains for different symptoms, and incorporating them into elixirs, coconut oil or cacao butter.

“I was like, ‘OK, if I take this flower and smoke it, and it makes me feel nice and euphoric and in no pain, then why not put it in my food?”

That doesn’t mean she isn’t still susceptible to the enduring cravings of a teenager raised on rich, sugary pastries. Grocery shelves full of peanut butter cookies, chocolate cake and fudgy brownies might be tempting, but all it takes is a little self-awareness to realize she can satisfy herself.

“The body wants what it wants,” she says. “But if I have the skills, I like the idea of putting myself up to the challenge. If I see it at the store and if I crave it, I say, ‘OK, you can buy that, but you can also make it, girl.’”