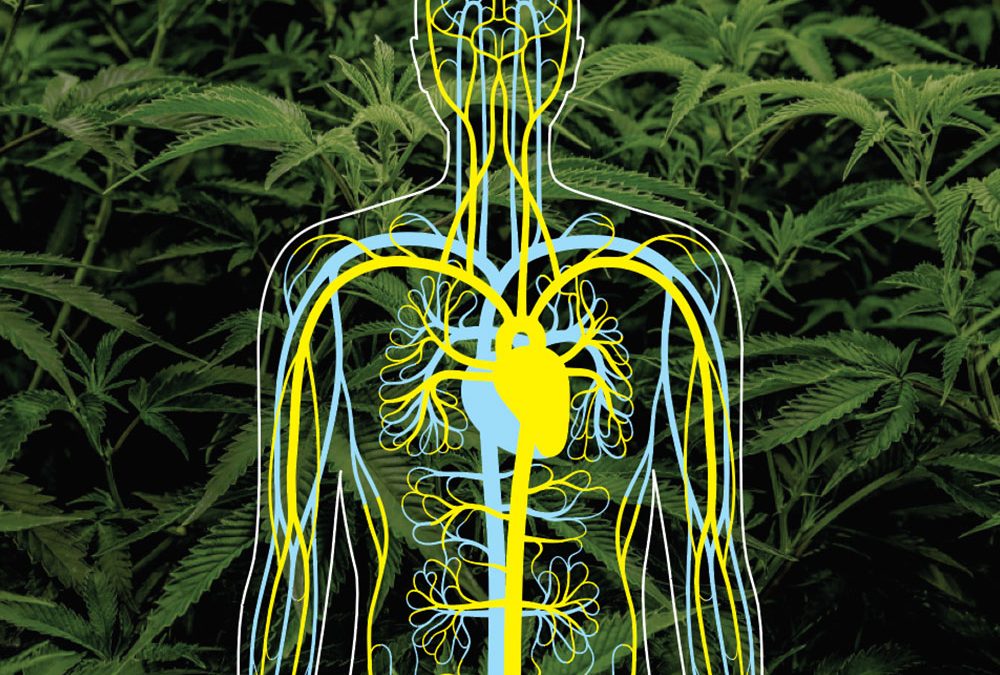 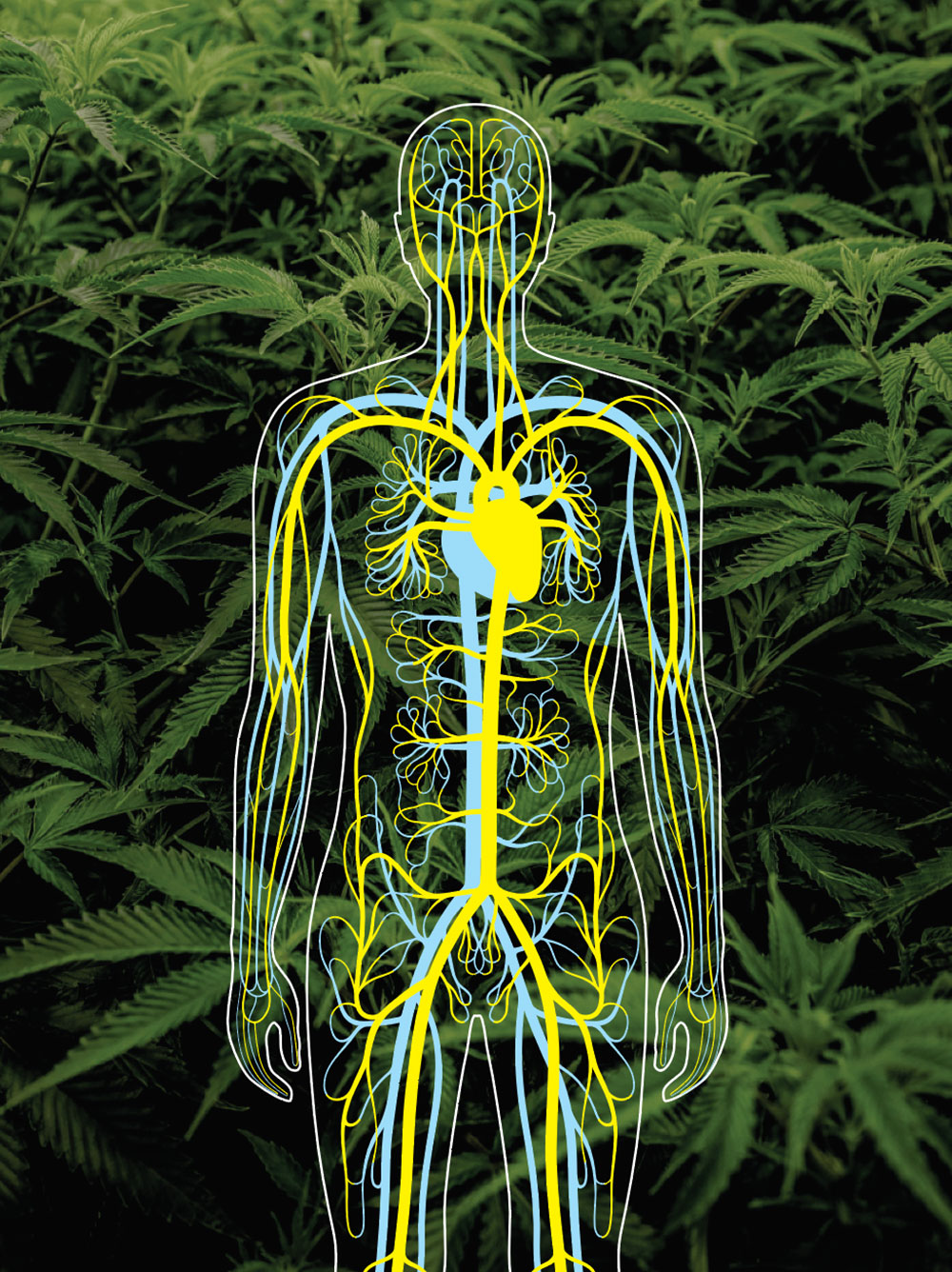 It’s in the blood

Traditionally, people have consumed cannabis via smoking, vaping, eating and drinking. As more states legalize its use, particularly for medical purposes, more methods of administration have become available—not just to ease dispensation but to improve bioavailability. Oil- and alcohol-based tinctures have become popular methods of ingestion, particularly for those who avoid smoking or even consuming edibles. Because the tissue in the mouth is highly absorptive, tinctures are administered sublingually, or placed under the tongue, and held there for at least two minutes. For some conditions, smoking and vaping are not always the best options for consuming cannabis. Though the bioavailability of smoked or vaped cannabis is higher than that of edibles, practitioners usually only approve of these methods under special circumstances (see “Just Stop,” page 64). Because edibles must move through the gastrointestinal (GI) system and pass into the liver, a percentage of the compounds in them will be destroyed before they reach the bloodstream. The net result of each step in digestion and metabolism is reduced bioavailability. All oral formulations are subject to this so-called first-pass effect.

It takes longer to feel the impact of the THC, CBD, terpenes and other compounds in an edible than with smoking or vaping because of the multiple processes involved in this first pass. And the time it takes for an edible to kick in can range anywhere from 30 minutes to two hours or more. This is why “start low, go slow” is the default recommendation for this method of ingestion. Impatience can lead to inadvertent overconsumption—and a more intense effect than anticipated. Cannabinoids and terpenes are lipophilic, meaning that they bind with fat to be carried across cell barriers and membranes in the GI system. With smoking, initial absorption occurs in the lungs, but edibles first take effect in the liver, where delta-9-THC is converted to 11-hydroxy-THC. Research suggests that this more water-soluble form of delta-9-THC can cross the blood-brain barrier more quickly, creating a more significant impact.

For rapid bioavailability, rectal administration can be a valuable delivery system for anyone who can’t take cannabis orally. That includes young children, the elderly, individuals who cannot or will not eat, and anyone actively experiencing strokes or seizures. Like the lining of the rectum, the tissues in the vagina are highly absorptive. Vaginal suppositories have been developed for women suffering premenstrual syndrome (PMS), premenstrual dysphoric disorder (PMDD), endometriosis, and pelvic and other gynecological pain. Other, newer delivery systems for cannabis include transdermal patches, nasal and sublingual sprays, and sublingual strips.

Look to the Liver

Bioavailability can be affected by any number of factors, including product formulation, time of day, interactions with food, drugs and other substances, and an individual’s gender, age, previous cannabis use, and the health of their GI and endocannabinoid systems. But liver metabolism has the biggest impact on the bioavailability of drugs in edibles and poses the greatest challenge. Current researchers believe that focusing on liver metabolism, not product solubility, is the best option for increasing bioavailability. Next up in cannabis edible research: modifying the medicine to bypass first-pass metabolism and avoid some liver metabolism—by going directly to the lymphatic system. By Laura Lagano 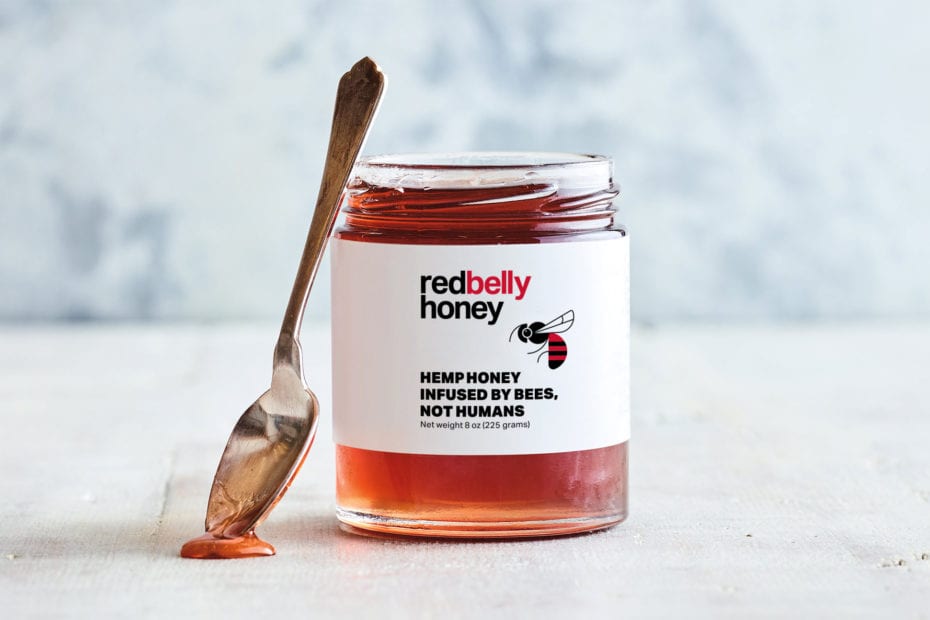